Join a gay group trip and discover Vietnam and Cambodia. You’ll visit the floating villages of Tonle Sap Lake, the vast temple complex of Angkor Wat and travelling around Hanoi on a cyclo. You’ll also eat a classic Vietnamese meal in a private home in Hoi An.

A range of spa treatments are included along with a cookery class. This trip offers the perfect combination of culture and cuisine. 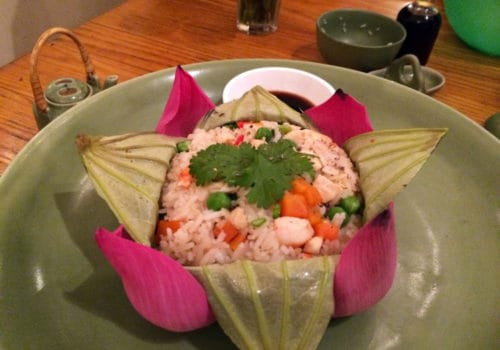 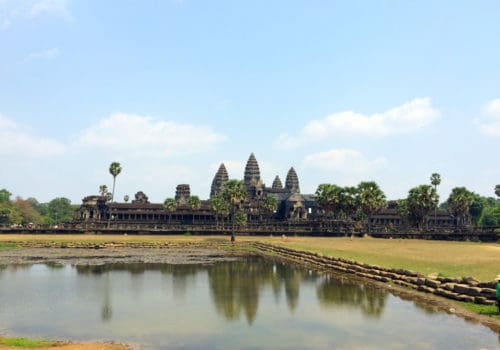 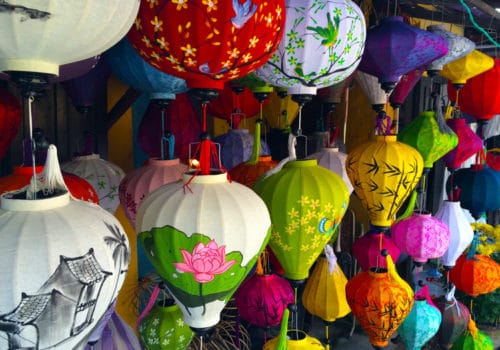 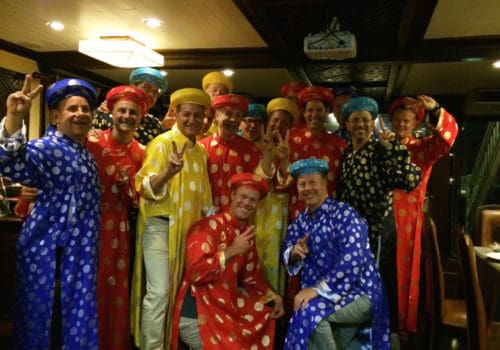 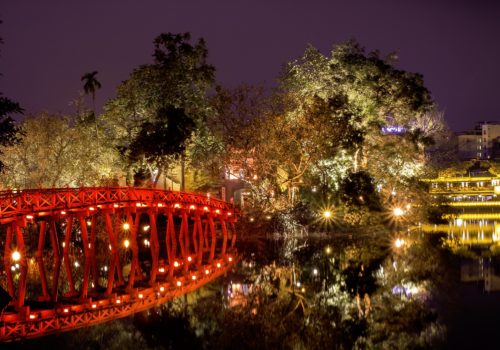 When you arrive at Noi Bai Airport you’ll be transferred to your hotel. 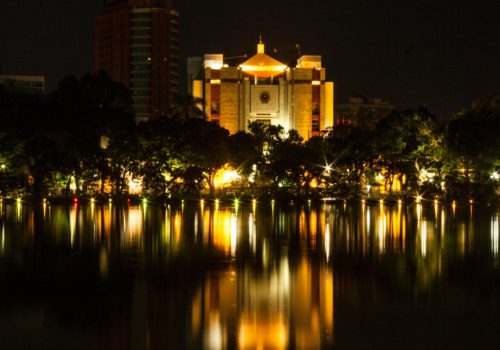 After lunch we’ll visit the old French Quarter and potentially try some fish on the aptly named Fried Fish Street.

We’ll also tour the Ancient Quarter on a cyclo and discover the legend of the Lake of the Restored Sword. 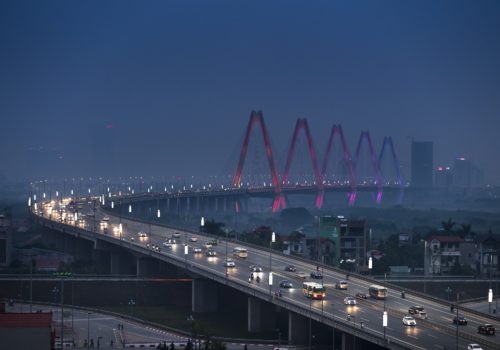 From Hanoi we’ll explore Halong Bay with its vast limestone outcroppings. We’ll board a luxurious junk boat and sail an area with the unimprovable name,  ‘Where the Dragon Descends into the Sea.’

In the morning we’ll try a spot of Tai Chi on the sundeck as the sunrises over Halong Bay. We’ll head to Noi Bai Airport and fly to Da Nang, an ancient city.

Here we’ll see the remains of the 2nd century Cham Dynasty. We’ll visit Cua Dai Beach, one of the best beaches in Asia.

Later, we’ll check into our resort in Da Nang Beach. 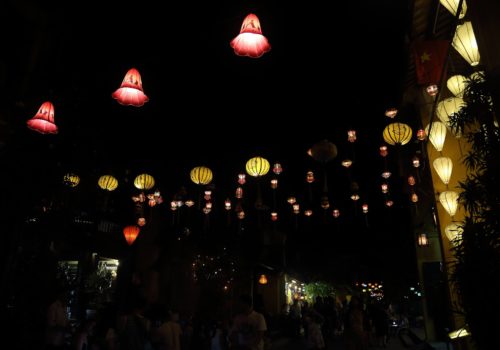 Today we’ll go on a walking tour of Hoi An, a UNESCO World Heritage Site. We’ll visit a private house where the same Vietnamese family has lived for centuries.

In the evening enjoy a range of spa treatments at the hotel. 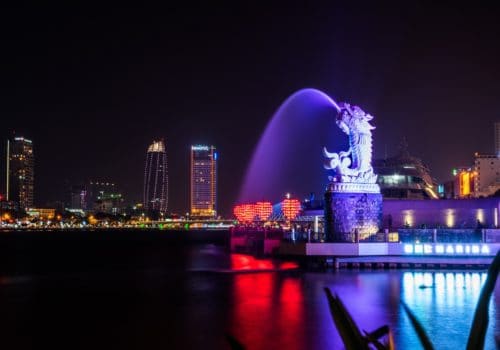 After a leisurely morning we’ll transfer to Hue city via Hai Van.

Check into hotel and refresh.

In the afternoon we’ll drive through the countryside of Hue, visiting a handicraft workshop. In the evening you’re invited to a Vietnamese home for a traditional dinner. 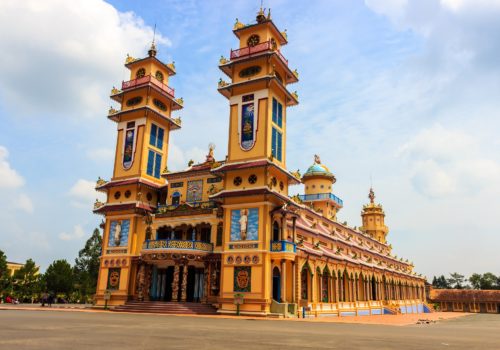 Today we’ll visit the Imperial City where the Nguyen Dynasty once ruled. We’ll also visit the tomb of Emperors Tu Duc in a vast pine forest.

In the afternoon we’ll fly to Ho Chi Minh city. 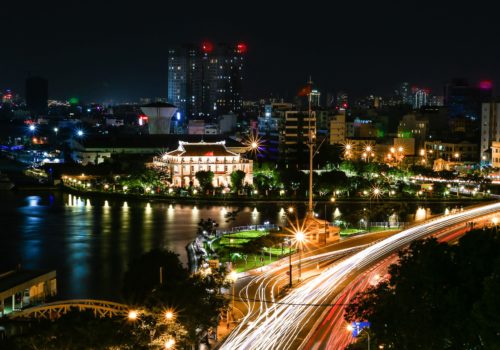 We’ll visit the former Presidential Palace. Underground we’ll find the headquarters of the Saigon Government during the Vietnam war.

In the evening we’ll join a Vietnamese cooking class. 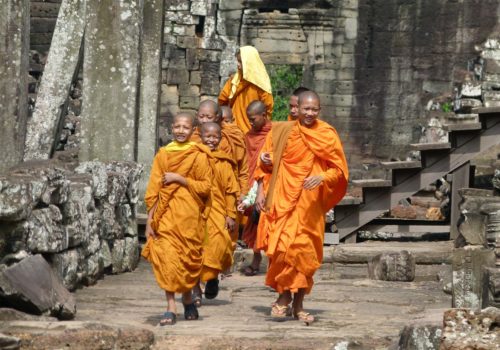 At Siem Reap International Airport you’ll be met by our representative and you’ll transfer to Siem Reap Town in an air-conditioned vehicle.

Once you’ve checked into the hotel you’re free to explore the local area or relax at the hotel. 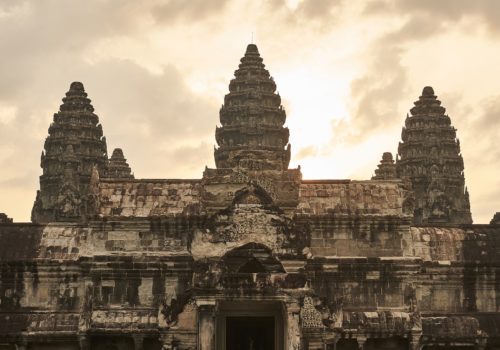 Today we’ll visit the world famous temple complex of Angkor Wat. Built in the 12th century, it has been inhabited ever since by Buddhist monks.

We’ll start at Ta Prohm where some scenes from Tomb Raider were filmed. At Angkor Thom City you’ll see the former capital of the Great Khmer Empire, which was abandoned 4 centuries ago.

This is one of the world’s most sacred sites and it contains many architectural masterpieces. 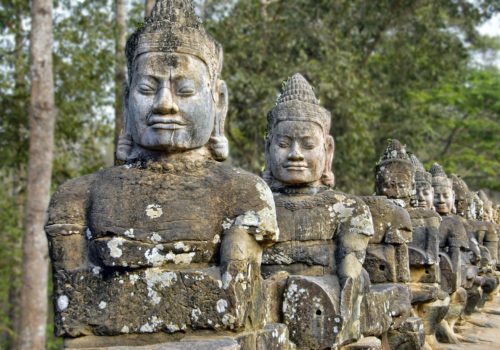 In the morning we’ll visit Tonle Sap Lake, home to floating villages. This is the main hub of Cambodia’s fishing industry. You’ll get a fascinating glimpse into the daily lives of the Khmer and Vietnamese.

After lunch you’ll be transferred to the airport for your return flight.