Taiwan is a country of extraordinary beauty – from its beautiful landscapes to its towering mountains to the famous Sun Moon Lake. Taroko’s stunning limestone gorges plunge deep whilst at Sun Moon Lake you’ll feel at one with nature as you are surrounded by mountains and peace. This itinerary will take you all over Taiwan in ten days to see the best the country has to offer. 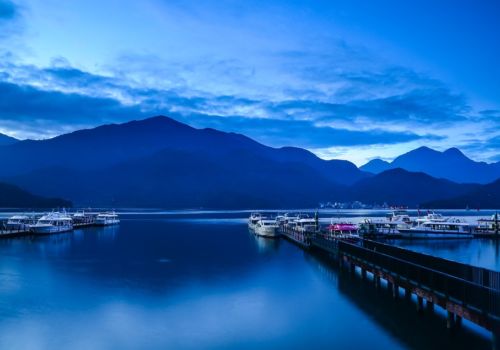 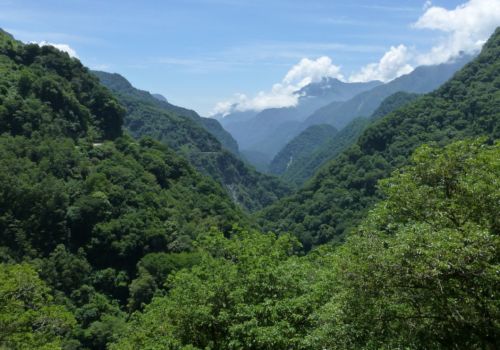 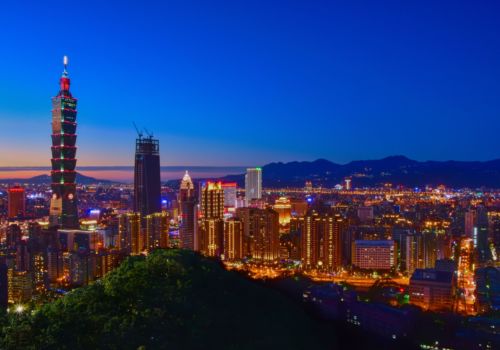 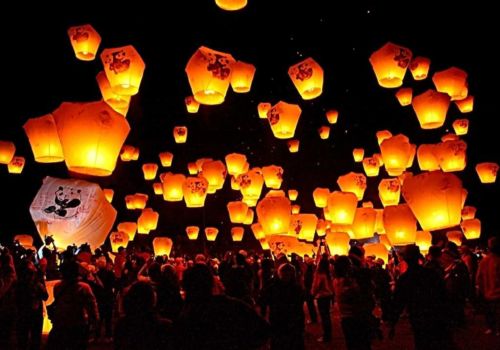 Arrive into Taipei where your driver will meet you and take you to your hotel.

After breakfast, you’ll embark on a wonderful Taipei City tour, which includes the impressive CKS Memorial Hall, Lungshan Temple which was founded way back in 1738, an ancient Buddhist temple that includes many deities of Taoism through years, filled with cultural atmosphere and pious followers.

Then, a visit to explore Taipei’s modern architecture: the tallest building in the world until early 2010 – Taipei 101 Tower. You have the option to take the high-speed elevator to the 89th floor Observatory Deck to see Taipei in the dusk from a bird’s eye.

This afternoon you will proceed to visit National Palace Museum where 5000 years of Chinese Imperial arts and jade collections are exhibited, and Martyrs’ Shrine of traditional architecture as well as visiting the well-known Shilin night market.

This morning you will be met at your hotel and then drive to Sun Moon Lake. En route stop by a tea farm, to have a tour around the tea plantation and to experience the cultural way of making tasteful tea.

Sun Moon Lake is situated 762 metres above sea level in the lofty mountains of Central Taiwan. You will stop at the famous Wenwu Temple or Literature Warrior Temple – dedicated to Confucius as Master of Pen and to Kuan Ti as Master of Sword – Tehua Village, Tse-En Pagoda and Holy Monk Shrine.

Sun Moon Lake is a picturesque alpine freshwater lake surrounded by mountains and after visiting this famous landmark, take a casual bike tour around the lake (which is nominated one of the 10 most beautiful bikeways in the world). 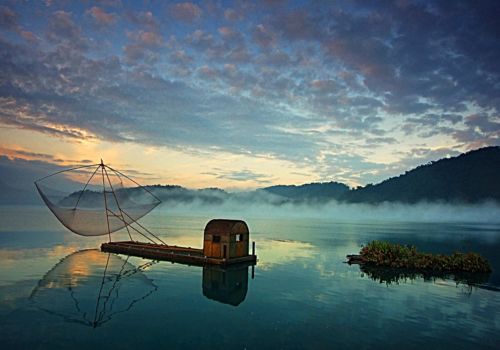 After breakfast, you’ll take a boat tour in the heart of Taiwan. After, you will drive to Tainan, the oldest city in Taiwan and the origin of many local delicacies. You’ll have lunch to taste different kinds of “small-eats”.

The tour will take you to Anping Fort which was built in 1624 by the Dutch, Chikan Tower which is the landmark of Tainan and its most famous historic site.

Don’t miss the chance to visit Sennong Street in the evening, the street full of cafés, shops and bars renovated from local buildings. 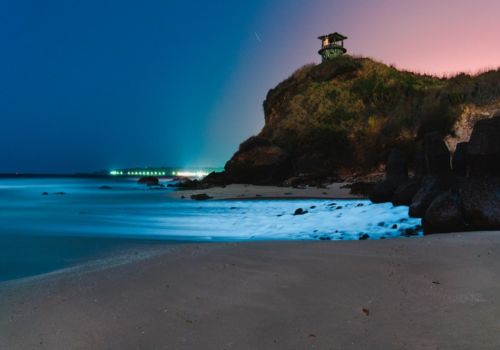 After breakfast, continue to drive to Kenting, which has one of the most beautiful beaches and tropical forests in Taiwan.

The tour will take you to Maobitou, which means “The Tip of the Cat’s Nose”, where parts of the cliffs are slowly crumbling into the sea. Continue to Nanwan, with its clear, blue sea where the 600 metres long white beach attracts most people of Kenting and also represent the passion and energy of Kenting.

The morning starts with a tour of Kenting, visiting the forest and exploring its tropical nature and landscape. You’ll see Sail Rock, one of the famous sights and Eluanbi, which is the southernmost tip of Taiwan.

After lunch, drive to Taitung before checking into our hotel. You’re free to enjoy a relaxing hot-spring in your own room.

After breakfast, you will journey to the exciting East Coast National Scenic Area, known as “Taiwan’s last unspoiled land”, which stretches 170 kilometres down the east coast of the island.

Weathering, erosion, and accumulation have produced a wide range of landforms here. You will stop at Siaoyeliou, East Coast National Scenic Area (to enjoy Amis Tribe’s traditional musical performances), Sansientai, Stone Steps, and the caves of the Eight Immortals.

You’ll then head to Taroko where you will spend the night. 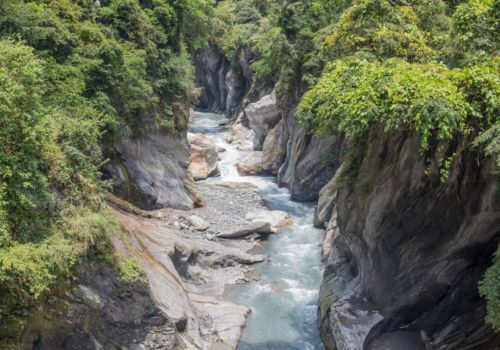 After breakfast, you leave for a full day visit to Taroko National Park. It is an exceptionally beautiful, narrow ravine created by a river which has cut deep into the mountains of solid marble. A road carved into sheer walls of rock snakes its way past forested peaks and cliffs towering thousands of feet above it, while hundreds of feet below a river roars past gigantic marble boulders.

Stops will be made at Tienhsiang, Baiyang trail, Marble Bridge, Swallow Grotto, and Evergreen Shrine. After that, you will drive to Chiaosi. Stop at Chinsui Cliff, to take in the magnificent scenery. It stretches more than 21km and rises vertically from the Pacific Ocean, with an average height of over 800m.

Start the tour of north-east coast via its coastal highway. Stop to take in the scenery at Lanyang museum, before visiting Chiufen village, one most popular spots in Northern Taiwan.

Another wonderful stop at Pinxi Town where you will have an extraordinary experience of launching your own sky lantern into the sky with your prayers and wishes written on it.

You’ll continue to drive to Taipei in the late evening