New Orleans is one of the most enigmatic cities in America. It’s the home of voodoo, jazz and Mardi Gras. Anne Rice set her famous vampire novels here for a reason. It’s every bit as spooky as it is romantic.

The biggest event of the year in New Orleans is, of course, Mardi Gras. It begins on “12th night” and it ends on “Fat Tuesday (the Tuesday before Ash Wednesday). There are so many parades to see and parties to attend. The Krewe du Vieux parade in the French Quarter is a bawdy, subversive event – perhaps the most traditional of the parades and not to be missed.

The most popular time to visit for Mardi Gras is over the weekend before Fat Tuesday. You’ll get the chance to explore the city before the madness begins. 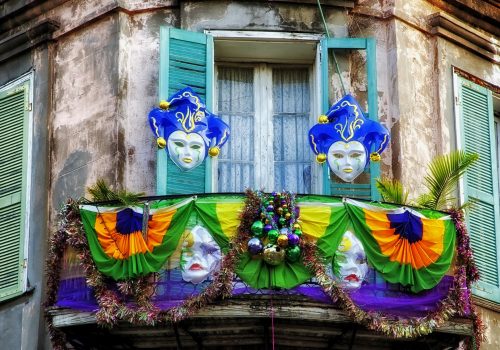 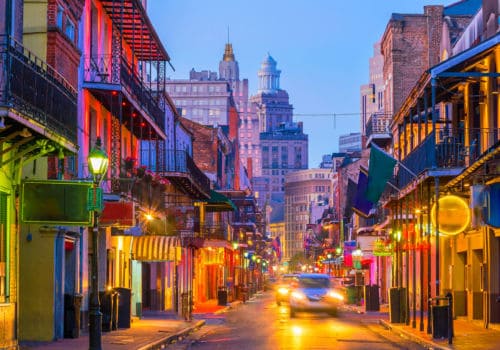 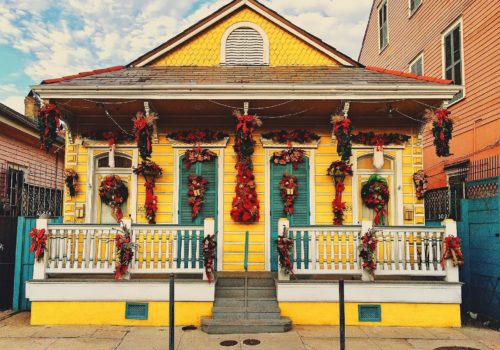 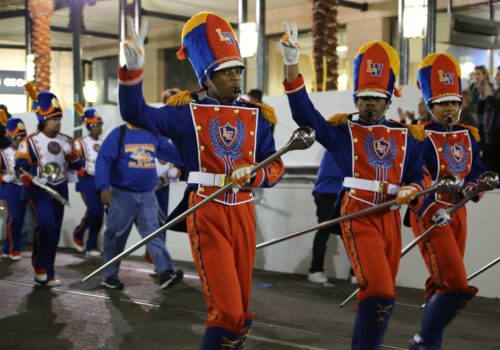 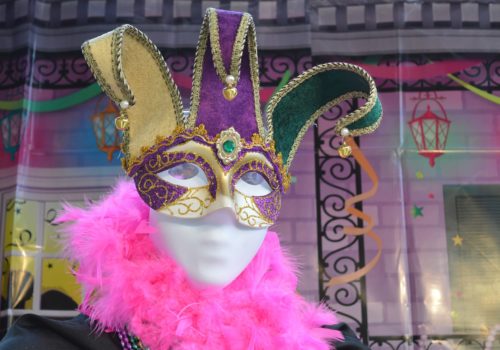 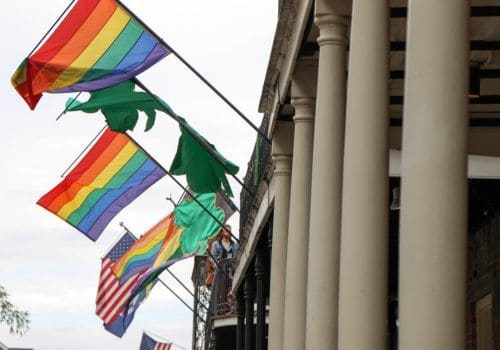 Arrive at New Orleans Louis Armstrong airport and transfer to your centrally located hotel. Over the three days before Mardi Gras, you’ll get a feel for the city.

Take a trip to Jackson Square where you’ll see a statue of Andrew Jackson on horseback, the mighty Mississippi River and St. Louis Cathedral. To catch a glimpse of old New Orleans, visit 1850 House, an antebellum house decorated in a mid-Victorian style. Supposing you have a taste for the macabre, join a ghost tour and learn about mad Delphine LaLaurie, a famous New Orleans resident who allegedly tortured slaves in her mansion.

The hedonistic French Quarter is a must. Discover it’s unique charms, from swanky restaurants to jazz venues and dive bars. It can get pretty rowdy at night along Bourbon Street.

Don’t forget to have a drink at the Carousel Bar at the Hotel Monteleone: it’s a New Orleans institution. 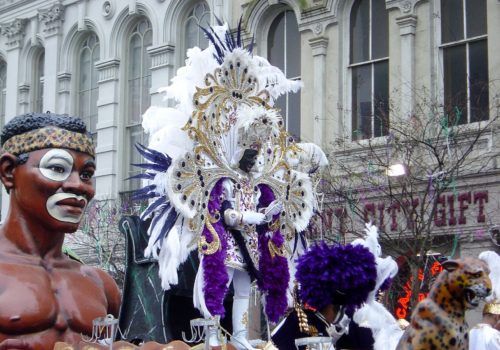 Festivities will be taking place over two weeks. There’s a parade every day. Expect garish floats, colourful costumes, a nonstop party vibe in the French Quarter and yes, drunken chaos on Bourbon Street at night. People drink booze from the hand grenades and dine on Creole food. Marching jazz bands parade loudly through the streets. There’ll be queues around the block for Chicory coffee and beignets at Cafe Du Monde.

Mardi Gras may not be for the faint-hearted but it is fabulous. It isn’t just a tourist trap. This is a cultural event and a decadent celebration of life.

Over your week in New Orleans, you’ll see the bawdy Krewe du Vieux parade, attend a masked ball and other key parades, including Bacchus, Zulu and Orpheus. 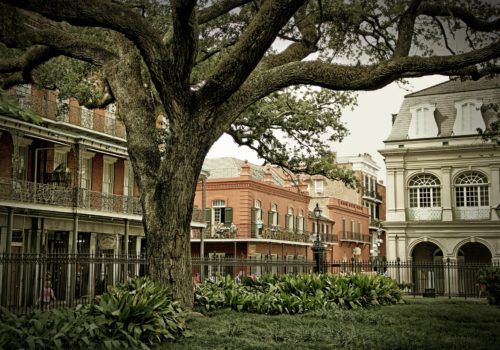 After an action-packed week, you’ll be transferred to the airport for your return flight. 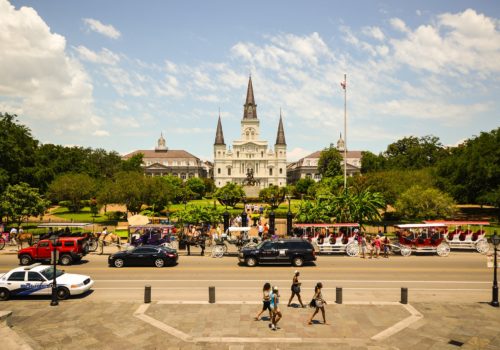 This itinerary is tailor-made and it can be adapted to suit your needs. There are different ways to experience Mardi Gras, some more family-friendly than others.

When the carnival begins, it’s best to visit the French Quarter during the day, as it will be very busy at night. Bourbon Street, packed as it is with bars, gets a bit raucous in the evening during carnival – best to have a night on Bourbon Street in the days leading up to Mardi Gras.

If you view the parades from Uptown you’ll be in a slightly quieter, less touristy setting.

As Mardi Gras is such a huge event advanced booking is recommended. The hotels will be full and very expensive nearer the time.