When you think of French Polynesia the islands of Moorea and Bora Bora instantly spring to mind. There are, however, many other fascinating destinations to explore. French Polynesia is made up of five island groups stretched out over the Pacific and it’s as big as Western Europe.

I was fortunate enough to explore several islands in French Polynesia. The hidden gem for me would have to be Rangiroa, a Robinson Crusoe hideaway nestled among the Tuamotu island group. 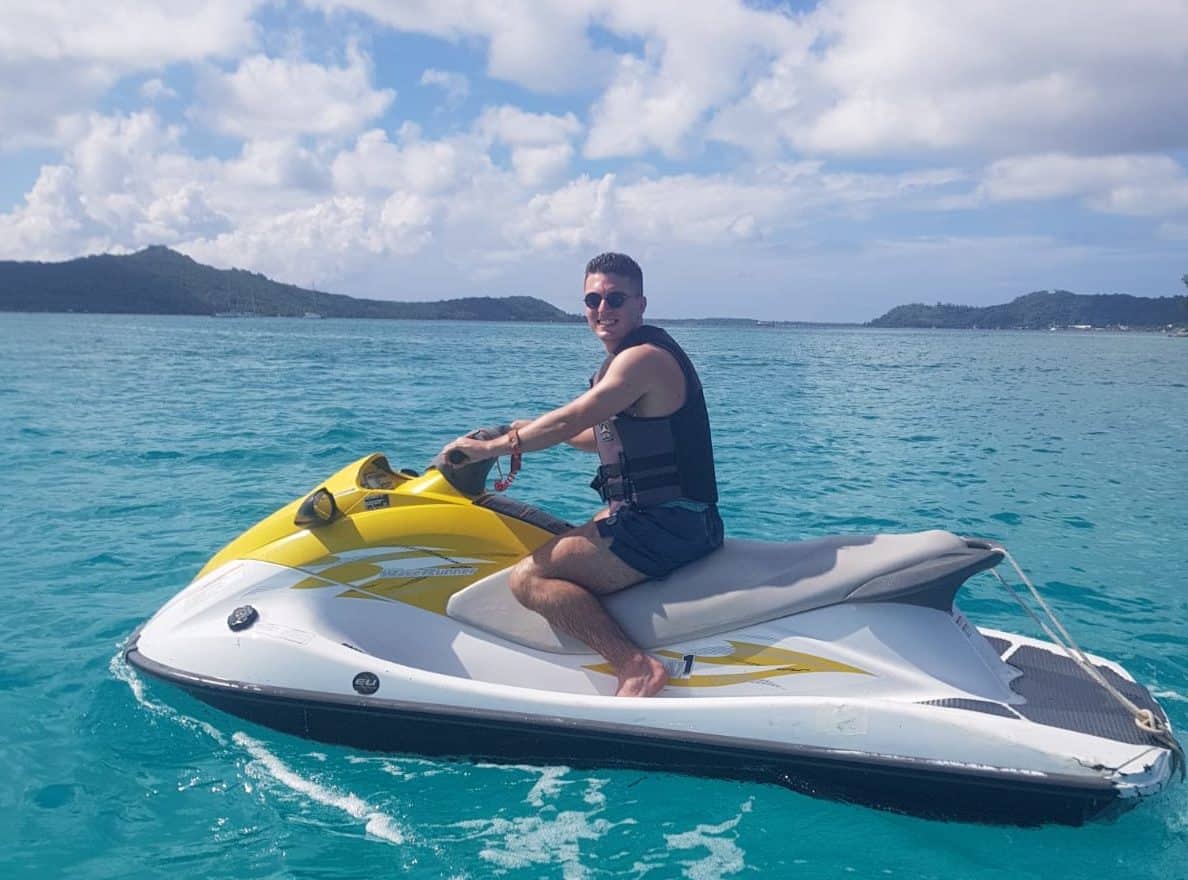 Rangiroa is renowned worldwide for its breathtaking dive spots. As you explore the lagoon, passes and reefs you’ll be blown away by the abundance and colours of the marine wildlife. Visibility in unbeatable in Rangiroa. You’re allowed to dive deeper here than in any other dive spot in the world. Keep an eye peeled for hammerhead sharks, eagle rays, manta rays and dolphins.

Dives can be arranged locally with ease. There are two main dive locations, the first being The Tiputa Pass. This dive site offers the potential to witness Manta rays, dolphins, tropical fish and sharks.

The Garuae Pass is a designated UNESCO Biosphere Reserve. It’s the holy grail of dive sites on Fakarava. The drift dive takes experienced divers through the pass at a serious depth past large schools of shark and myriads of fish.

This pass was first crossed in 1888 by R.L. Stevenson, the celebrated author “Treasure Island” and “Strange Case of Dr Jekyll and Mr Hyde”.

Snorkelling on Rangiroa can be done almost anywhere. My personal favourite spots were the beach by our hotel and by the overwater bungalow I stayed in. The coral is healthy and visibility is incredible! 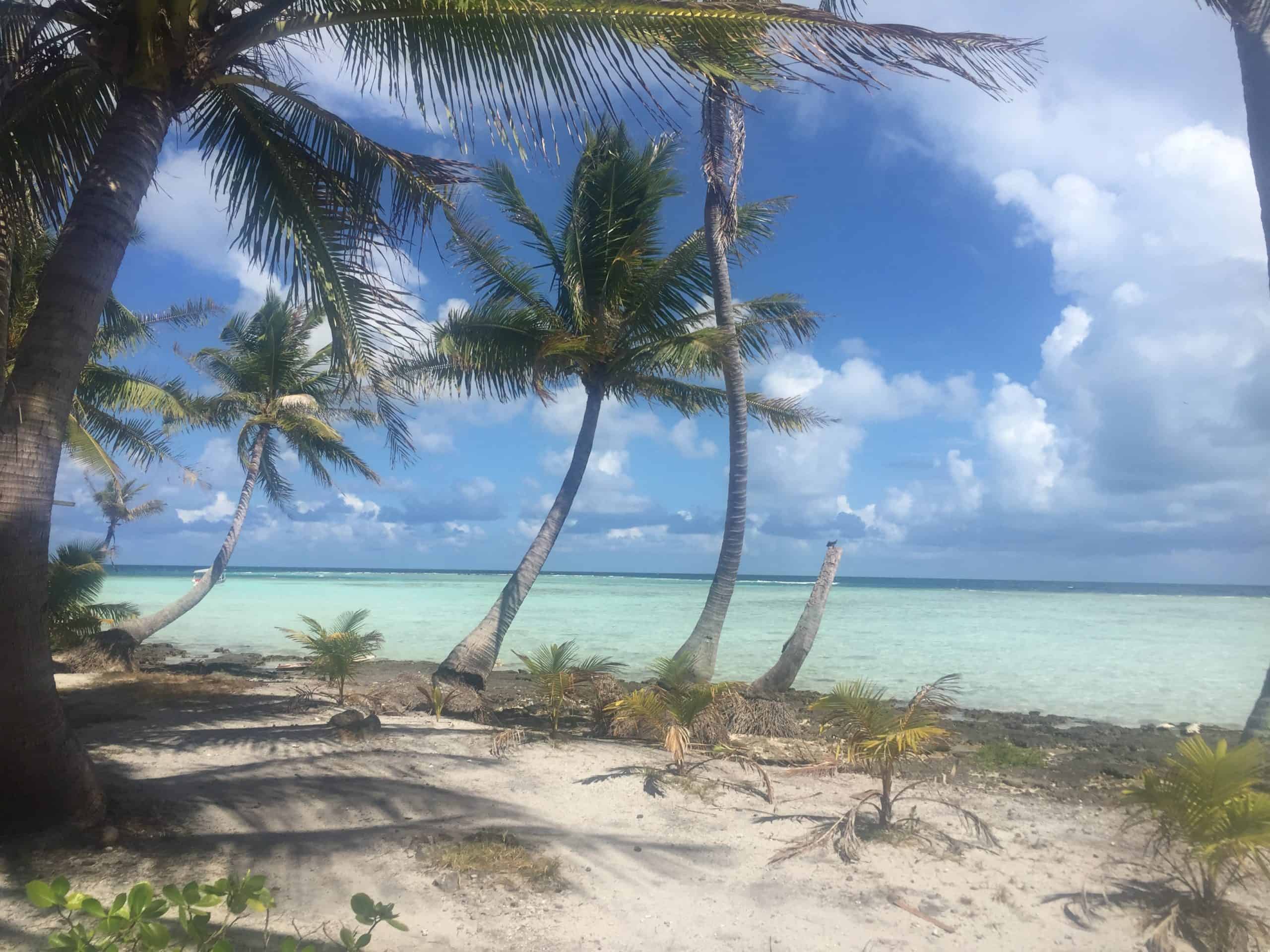 How To Get To Rangiroa

Rangiroa is easy to access via an internal flight from Tahiti which will take around an hour. If you’re intending to go island hopping in French Polynesia, you can get an Air Tahiti Pass. You can also sail to Rangiroa but you’ll have to brave a cargo ship! We’d certainly recommend flying to Rangiroa.

What Makes Rangiroa different from Tahiti and Bora Bora?

There aren’t many hotels on the island, with the Kia Ora hotel being the only 4* property. One of the world’s largest atolls, Rangiroa has two major villages, Tiputa and Avatoru. Both are well worth visiting for an authentic taste of French Polynesia culture. Wine lovers will do well here as Rangiroa is the main wine producing area. Sample some of French Polynesia’s finest at the Dominique Auroy Estate. You can also visit black pearl farms along the lagoon. 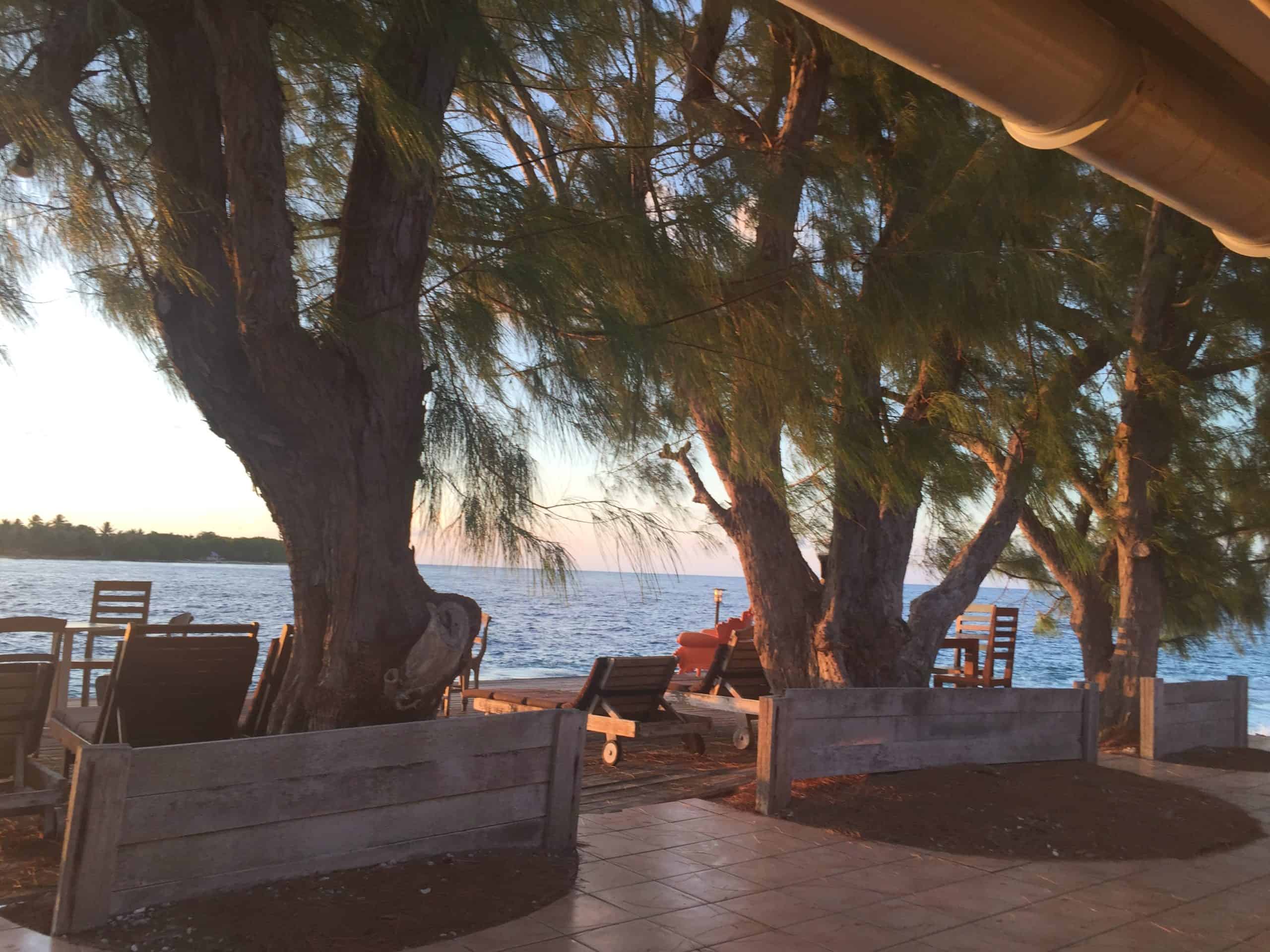 Things To Do In Rangiroa

This was one of the personal highlights of my trip. You’ll travel to a secluded lagoon full of tropical fish and even black finned sharks. It’s a lagoon within a lagoon with some of the clearest water I have ever seen! One of the biggest shocks was the number of sharks just outside of the lagoons. Don’t worry, your guide will make you feel at ease and invite you in – if you’re brave enough!

Swimming with sharks was an unforgettable experience. Seeing these animals in the flesh is incredible, as is the fact that I didn’t get eaten. 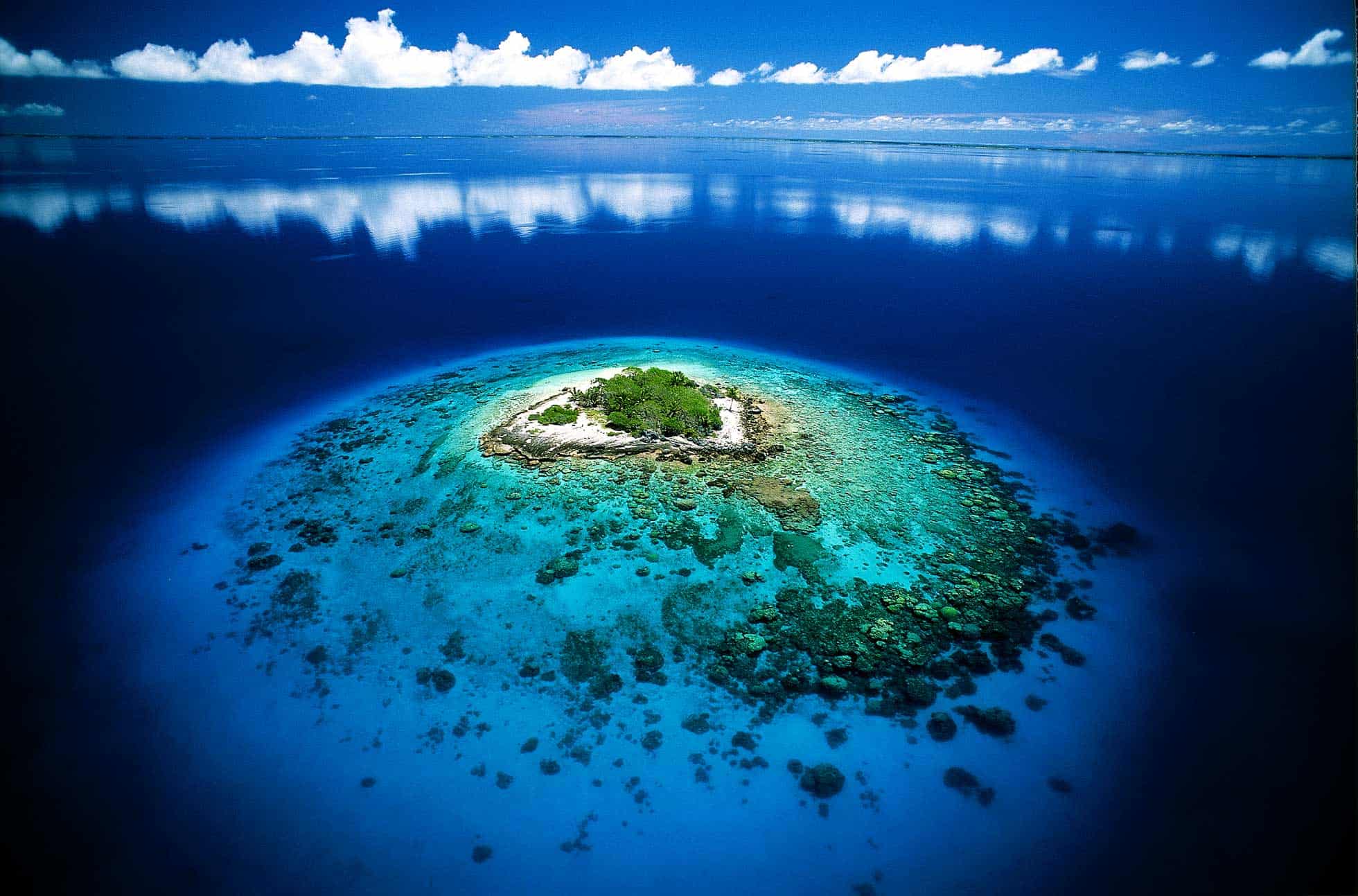 Accommodation options are more limited compared to the more iconic islands such as Bora Bora and Moorea. Most of the hotels are lodges, usually 3*, and by no means as breathtaking as those in Bora Bora. There’s one luxury hotel in Rangiroa called Hotel Kia Ora Resort & Spa. It has an onsite diving centre and a concierge desk to organise all your activities. You can also stay in one of French Polynesia’s famous overwater bungalows.

Kia Ora is known as the best hotel in Rangiroa and I totally recommend it! I stayed in a beautiful beach bungalow that had a private swimming pool surrounded by coconut trees. You can also opt for bungalows on the water (but they are much smaller). 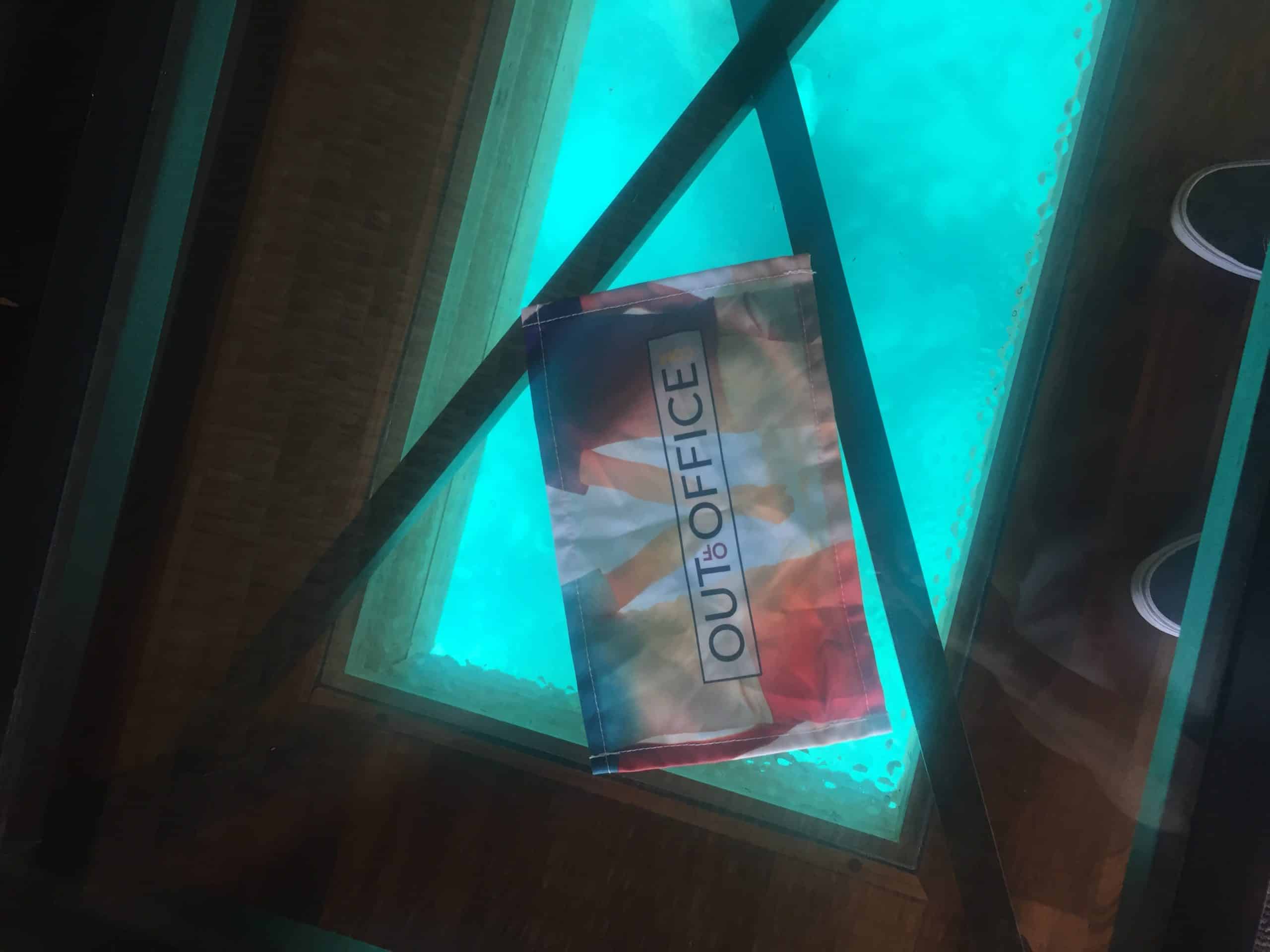 Rangiroa is such a small island, you can easily get from top to bottom in a few hours – the width of the island is only around 300m! Most hotels and guest houses offer bicycles.

Rangiroa is not really a “beach destination”. There are some beautiful beaches in the Blue Lagoon which you can experience on a day trip. The main draw is the diving and marine life.

The food and drink are very similar to the rest of French Polynesia: very tasty and quite expensive! As the island is so isolated, most of the food has to be shipped in. Many traditional Polynesian dishes are heavily centred around seafood. A little tricky for me – I’m vegan, but the food sure looked divine. I stuck with rice and vegetables. 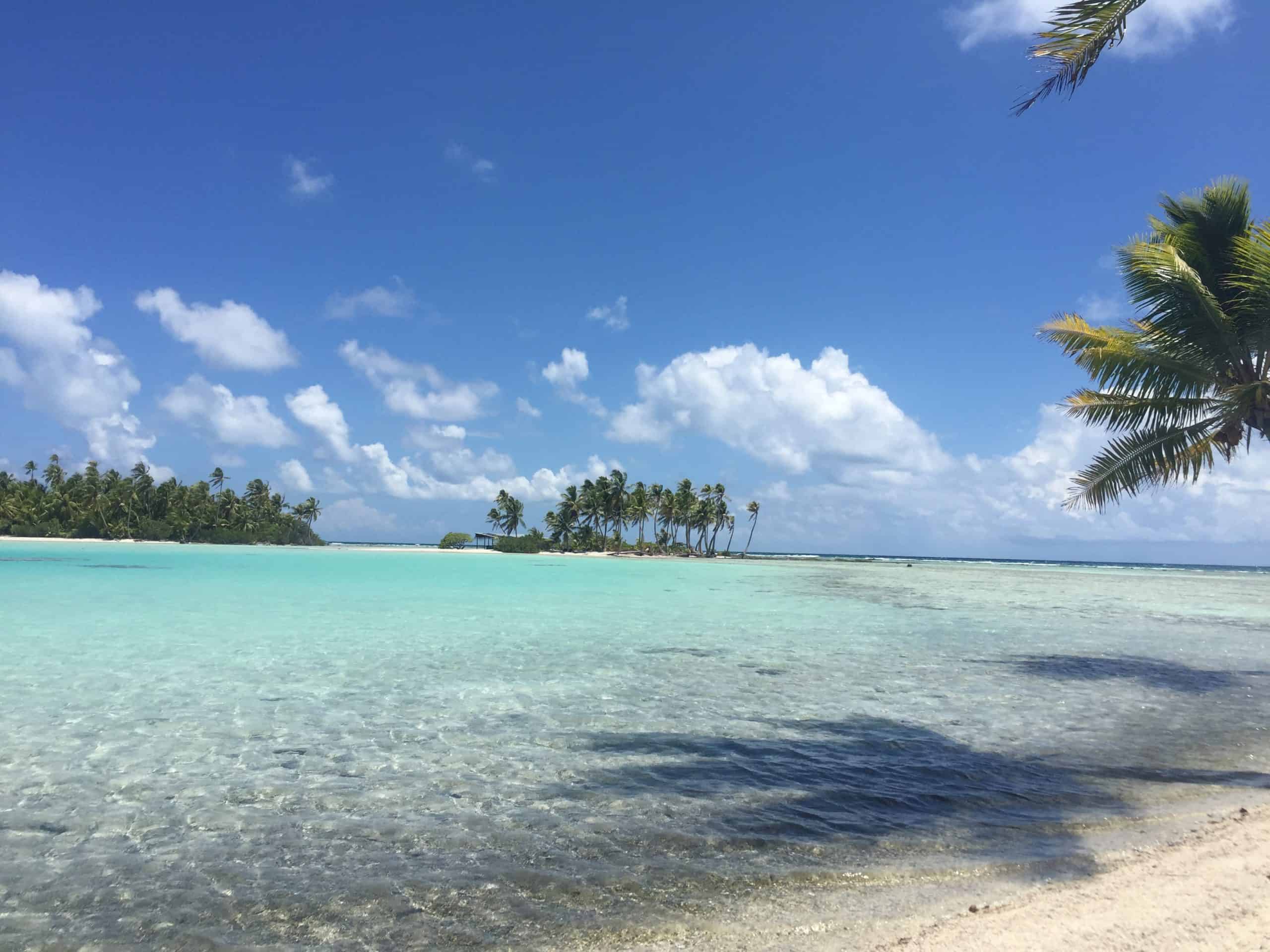 There’s no gay scene in French Polynesia but it’s very gay-friendly. The indigenous culture of the Polynesians has never been homophobic. As a French outpost, it is governed by French law, with a certain degree of administrative autonomy. Gay marriage is legal in French Polynesia – it’s one of the only places in the South Pacific where this is the case. You can get married and have your honeymoon in French Polynesia. When you get home your marriage will be legally recognised. 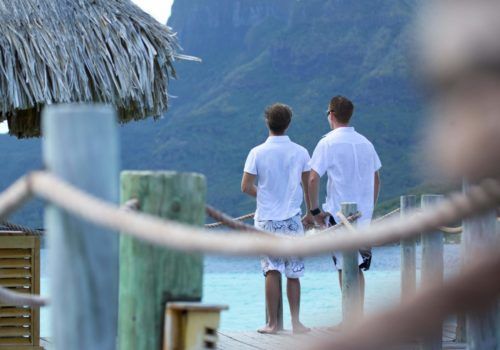 If you’re planning your honeymoon this year then look no further. We have given you…