One of the most glamorous hotels in Italy and the entire world, for that matter. It’s popular with Hollywood royalty. The hotel is carved into the rock not far east of Positano and hidden from prying eyes. The combination of luxury and privacy makes it appealing to people like George Clooney and Julia Roberts, both of whom have stayed here. It’s a family-run operation – you can expect the highest level of service throughout. The property was built in the 1970s by Carlo Cinque. It’s now run as a hotel by his descendants. Although this is a very upmarket property it’s quite laid back. Don’t expect the kind of stuffiness and formality you find at other hotels of this calibre. 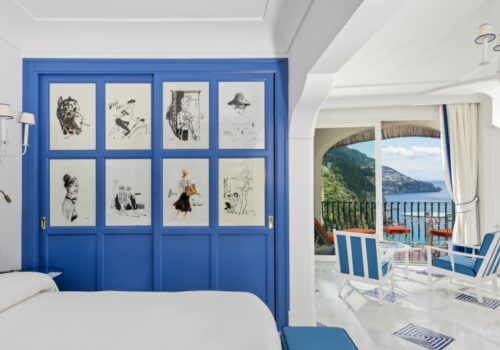 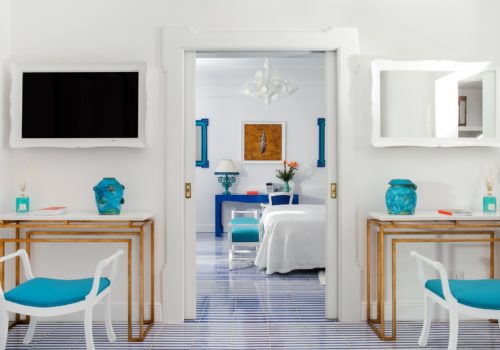 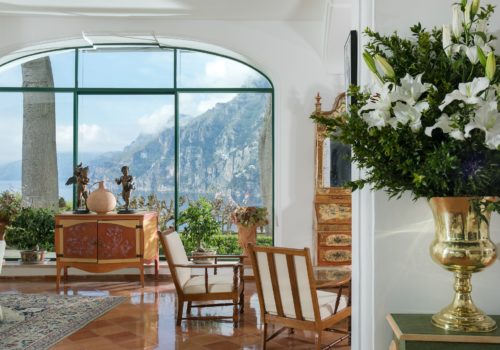 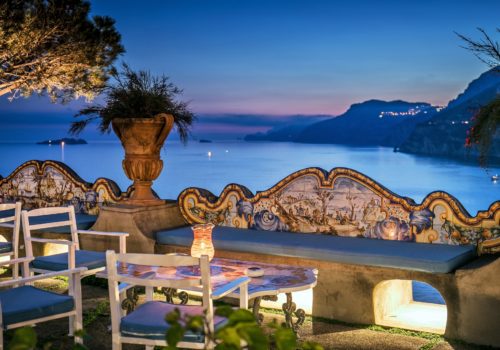 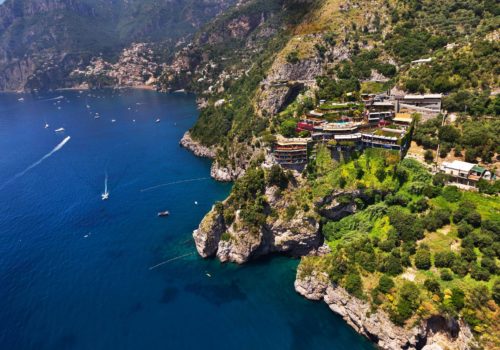 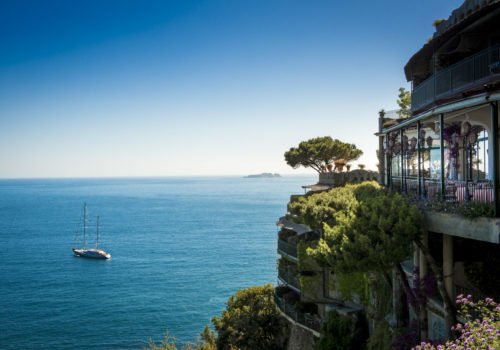 Designed by Fausta Gaetani, the Prestige Rooms is approx 80sqm including terrace and bathroom. Expect Italian marble and ceramic tiles in the bathroom. You’ll also have a terrace with Mediterranean views and handmade bed linen. All rooms have a safe-deposit box, complimentary minibar, Wifi connection, LCD TV with a variety of satellite and pay-per-view channels, hair-dryer and an exclusive courtesy kit. 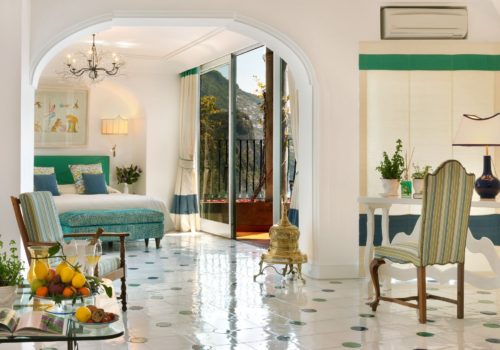 Lightly accented colours, clean lines and a feeling of open space give the Signature Room a classic Mediterranean feel. A perfect setting for the dream Amalfi Coast getaway.

You can also head to the Carlino restaurant for an al fresco dining experience by the sea. An elevator takes you down to Carlino via the vegetable garden.