Iceland is one of the most visually stunning countries on the planet. Exploding geysers, free-flowing waterfalls, geothermal spas and glaciers – the list goes on. On this itinerary, you’ll go in hunt of the Northern Lights as well as experiencing the warmth of swimming in the world famous Blue Lagoon. You’ll venture to the bridge that allows you to walk from Europe to North America where the tectonic plates meet and you’ll witness first-hand Iceland’s famous exploding geysers. 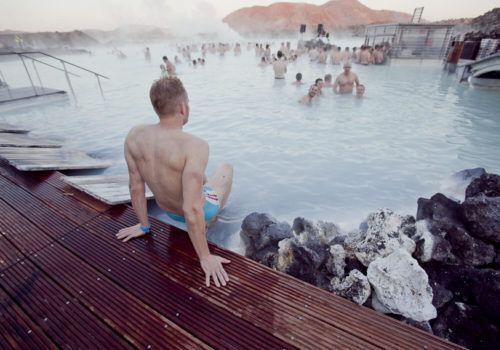 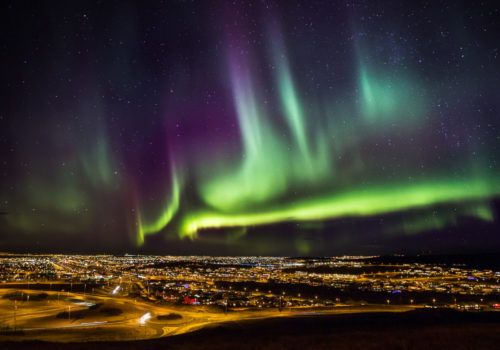 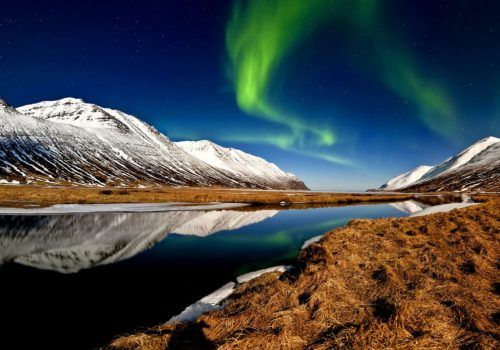 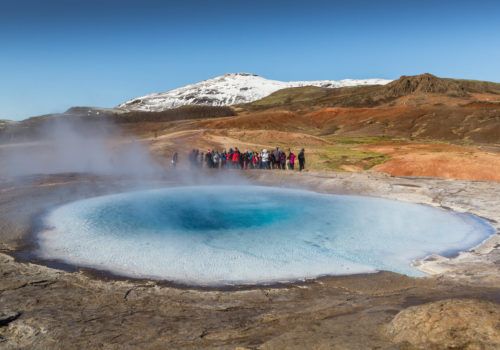 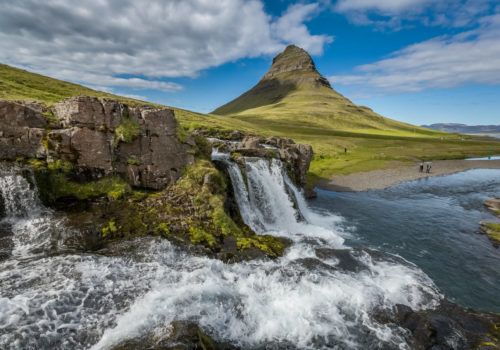 Upon arrival into Iceland, we’ll arrange for a private transfer to take you to your hotel.

We have several recommendations for hotels for you to stay in depending on your preferences, but for the purpose of this itinerary we’re suggesting Hotel Borg which is a landmark of luxury and sophistication in the heart of Reykjavik.

You’ll then embark on a two-hour city walk.

Get to know Reykjavík and her history with in this great introduction to the fabulous city. During the tour Reykjavik’s main attractions are highlighted on foot with guide.

You’ll make your way to the old centre of town where you’ll see Parliament, Iceland’s Cathedral, Iceland’s first (and oldest) street, Reykjavík’s oldest house (which used to house a gay bar) and loads of other cool sites.

For LGBT guests, we’ll pay particular attention to how and where gay history in Reykjavík began, how the battle for equality has evolved through the years and where we are at now. See the venues frequented by LGBT people throughout the years and learn about the general history and outlook of the people who built Reykjavík and those who inhabit it today.

Our guides encourage you to ask questions and they often joke that if they don’t know the answer Icelanders are good storytellers and can probably come up with an answer more interesting than the facts!

This evening, if suitable, you’ll embark on your hunt for the Northern Lights. We’ll schedule this trip on the night with best visibility.

The tour includes a wonderful two course meal and a visit to geothermal baths. This tour is all about flexibility and fun.

Mother Nature is our boss and we follow her lead. You will be picked up from your hotel in Reykjavík by your very own Out Of Office guide. Together you will embark on an adventure to the southern or western part of the country where you will try to track down the sometimes elusive Aurora Borealis (The Northern Lights).

Your guide will tell you about the area you cover while on the way and answer any questions you may have about Iceland, its culture and history. This tour takes you to some of the most beautiful places in Iceland, seldom seen in the dark by those who visit the country. Your guide will do his or her best to make sure you find the Northern Lights. If you don’t, we promise that by the end of the tour you will still have had a great time, in great company and eaten some great food. We will always be honest with you about the probability of Northern Lights.

After breakfast, you’ll be picked up from your accommodation and driven over the flatlands of South Iceland which are considered to be the breadbasket of Iceland. Beautiful countryside with countless farms and beautiful mountain ranges and volcanoes in the distance. Drive past the beautiful black beaches from where you can see the Westman Islands, Iceland’s southernmost point.

Afterwards, you’ll drive along old sea cliffs where hundreds of waterfalls can be spotted. Behind the mountains lures Eyjafjallajökull the dreaded volcano that erupted in 2010 and stranded millions of people all around the world. Your first stop is at Seljalandsfoss, the waterfall you can walk behind and we walk to the hidden waterfall Gljúfrabúi. Next we stop at the beautiful black sandy beach of Reynisfjara and have light lunch there.

Then it’s on to the small and charming village of Vík. On the way back we stop at the stunning rock formation of Dyrhólaey and the last stop will be the magnificent Skógafoss a 60-metre clear stream waterfall.

The South Coast of Iceland has everything you want to see in Iceland: waterfalls, glaciers, beach, volcanoes and beautiful mountains.

You’ll return to your hotel where the evening is yours at leisure.

After breakfast, you’ll be picked up and taken to the Blue Lagoon for you to enjoy a dip before heading to the airport for your onward flight.