This Canada fly-drive 8 day journey through the urban centres and rural splendour of Ontario and Quebec celebrates Canada’s English and French heritage. Travel from cosmopolitan Toronto and the natural wonder of Niagara Falls to the neo-gothic Parliament Buildings of Ottawa.  Then, travel east and cross into Quebec as the scenic highway continues along the St. Lawrence River to the walled centre of Quebec City.

Turning inland to the Saguenay region, the rolling hills and dense forests of the Mauricie / Bois-Francs region promise to enchant en route to Trois Rivières and the francophone metropolis of Montreal – the second-largest French-speaking city in the world. Returning to Ontario, visit historic Kingston and its tranquil 1000 Islands from the deck of a comfortable cruise ship before arriving back in Toronto. 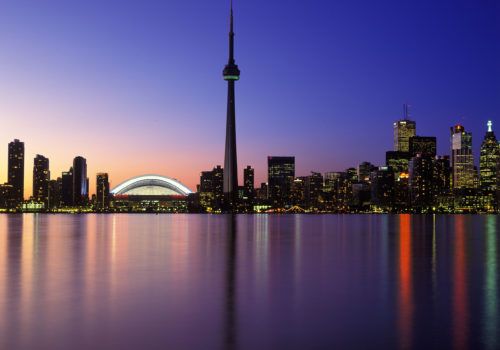 Arrive into Toronto either by private transfer or car hire. Pick-up your Out Of Office Roadbook at the front desk as you check-in. The remainder of the day is at leisure to explore the many attractions of this vibrant and culturally diverse city. Overnight in Toronto. 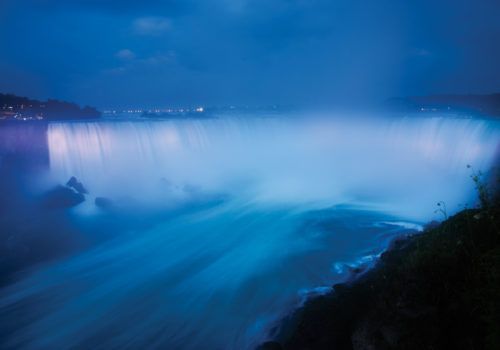 The day is free to discover Toronto at your own pace. Visit impressive city landmarks such as the Rogers Centre, explore the harbourfront district on foot or by harbour cruise, or perhaps find a shopping bargain or two at the multi-levelled Eaton Centre. We’ll also arrange your admission to the CN Tower – an express, glass elevator whisks you up to the observation lounge of this 553m monument to engineering.

For a real thrill, plan to visit the famed Niagara Falls, about an hour and a half drive south of Toronto. Your route will take you through Ontario’s wine-growing region and should definitely include a stop in the picturesque town of Niagara-on-the-Lake. Plenty of photo opportunities await you at the falls and no shortage of related attractions in this “honeymoon capital of North America.” Overnight in Toronto. 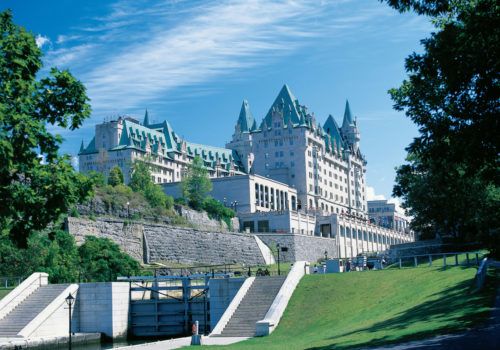 Drive east today, following the shoreline of Lake Ontario and pass through the small communities and villages that dot the landscape. The city of Kingston is home to the prestigious Queen’s University and is the gateway to the port lands of the beautiful 1000 Islands – a nearly countless collection of small islets grouped over a vast natural waterway. The road turns north along the Rideau Heritage Route and intermittently follows the Rideau River. The route takes you through riverside towns such as Smiths Falls and Edmond’s Lock, many of them with working marine locks allowing boats to traverse from higher to lower river elevations. Arrive in the afternoon in gay-friendly Canada’s national capital. Overnight in Ottawa. 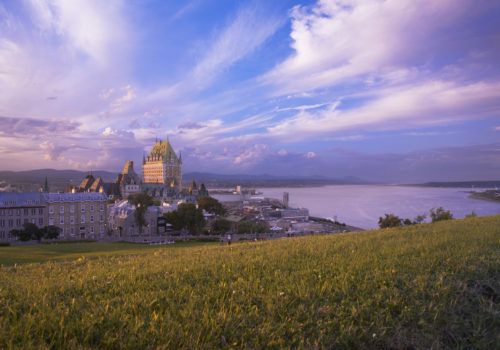 Before departing Ottawa today, you may choose to visit the Parliament Buildings, museums or National Gallery, take a tour of the Royal Canadian Mint or enjoy a leisurely boat ride on the Ottawa River. Crossing the border into the province of Quebec, taking the north shore of the St. Lawrence will bring you through the town of Trois Rivières.

We suggest a stop at the Cathedral Of Immaculate Conception, a rebuilt Gothic cathedral featuring magnificent examples of stained glass throughout the church. Later you pass through the walled gates of Quebec City for two days of exploring this historic, beautiful city. Overnight in Quebec City.

Spend a full-day in Canada’s oldest city. Founded in 1608, Quebec City is the only walled city in North America and a designated United Nations World Heritage Site – just one of the many things you’ll learn on your sightseeing tour offering a comprehensive orientation of historic and modern Quebec City.

You will see the Latin Quarter, the Plains of Abraham, the Citadel, the Fortifications, the National Assembly, Place Royale, the Basilica and other points of interest within Quebec City. Stroll the cobblestone streets of the city in the evening and enjoy one of the many fine dining or casual restaurants featuring either local delicacies or other menu selections from all over the world. Overnight in Quebec City.

Today’s scenic drive takes you through the fertile plains and rolling hills of the Mauricie / Bois-Francs and Lanaudiere regions bound for the forests and unspoiled scenery of Lac à la Truite. Stop in Berthierville and visit the Gilles Villeneuve Museum, then continue to the vibrant, cosmopolitan city of Montreal. We suggest a visit to NotreDame Basilica, the Olympic site, the Biodome, the Montreal Museum of Fine Arts, Mt. Royal Park, Casino or the underground city. Overnight in Montreal.

Cross the border into Ontario and explore the tranquility of the Thousand Islands region. Visit Upper Canada Village in Morrisburg or Old Fort Henry, a historic fortification dating from the 1830s where a fully-costumed military parade is held daily. You may choose to visit colonial grounds of Queen’s University, or the museum of the Royal Military College, the oldest military academy in Canada. You will also enjoy a cruise of the beautiful 1000 Islands – an unforgettable trip through the near countless small inlets that are home to a wide variety of marine mammals and waterfowl. Overnight in Kingston. 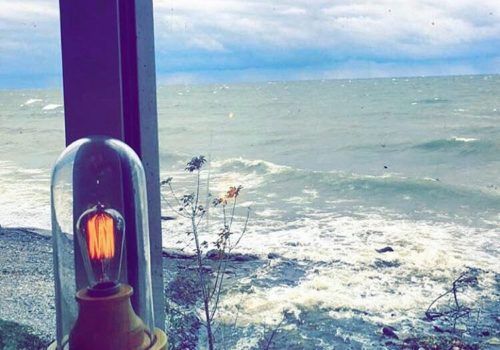 The road west along the shores of Lake Ontario leads back through the fertile lands of Prince Edward County, replete with historic communities boasting former residences and summer homes of Canada’s British-era governors and magistrates. The area contains a number of successful vineyards and cheese makers, inviting visitors to stop in small villages such as Picton for a taste of the local fare. Continue on afterwards to Toronto’s Pearson International Airport to check in for your return flight.