Spend 13 days sailing around Scotland, visiting many of the most regal historical sites. From the burial place of 50 Scottish kings to the current queen’s castle Balmoral. You’ll also visit Macbeth’s Cawdor castle, and visit the battlefields of the Jacobite Uprising. You’ll take a train over the West Highland railway line, made famous by the Harry Potter movies, as well as visiting the tiny island of Eigg, and sailing past Ben Nevis, the highest mountain in Britain.

You’ll even hop on board the Royal Yacht Britannia, and enjoy high tea at the Queen Mother’s former castle. History buffs will love this tour. Expect 5-star luxury amenities throughout the trip. 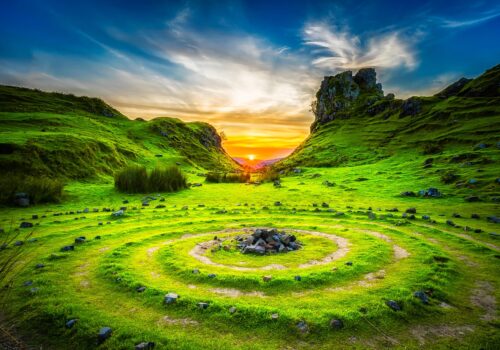 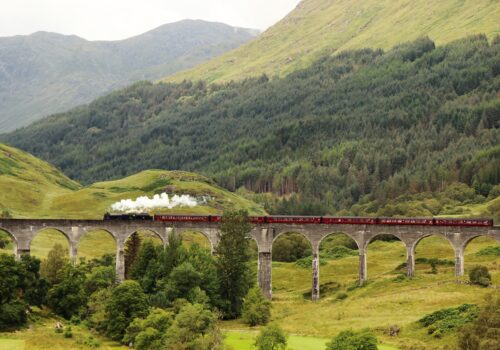 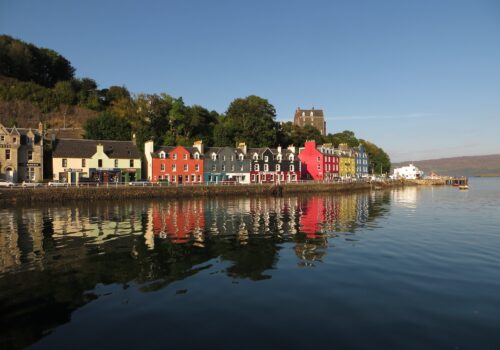 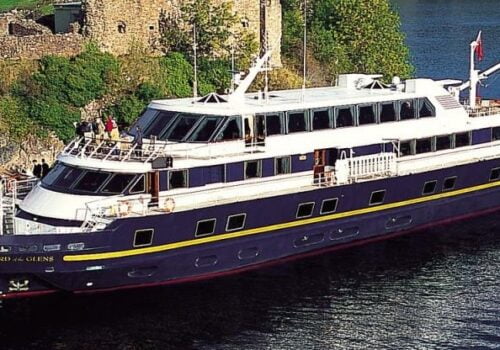 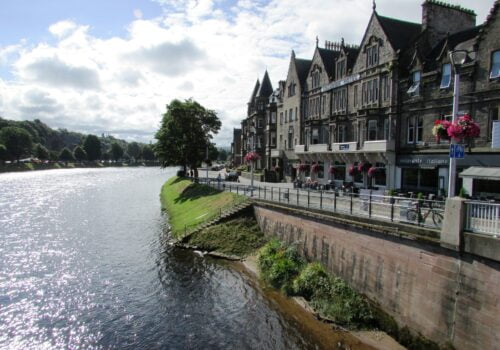 You’ll be transferred from the airport to Culloden House Hotel. Day at leisure. In the evening there’ll be a Welcome Reception where you’ll meet your fellow travellers. 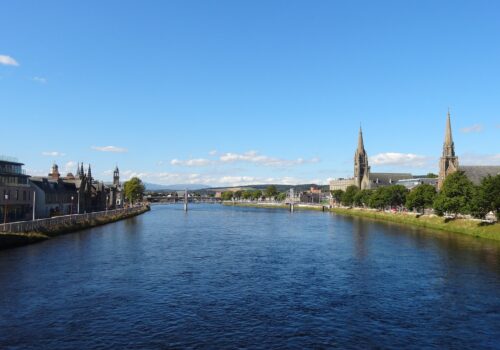 After breakfast you’ll join a guided tour of Balmoral, The Queen’s Scottish retreat. This will include a private lunch in Prince Charles’ Rothesay Arms restaurant. You can shop at the Duchy Highgrove store for some luxury royal goodies. In the evening you’ll join a private Scottish theme dinner at the hotel with live entertainment. 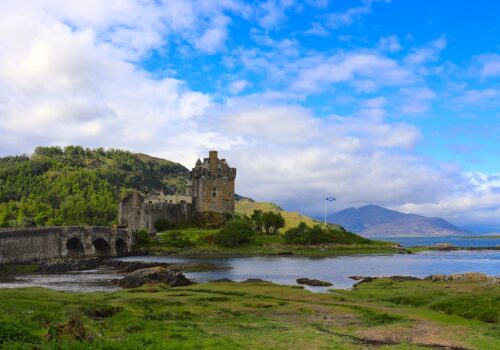 After breakfast you’ll set out on a 2.5 hour drive through the West of Scotland to the Kyle of Lochalsh, a village in Ross-shire county. From there you’ll board the MV Lord of The Glens where you’re luxurious cruise around Scotland will begin.

Morning tour of Eileen Donan Castle in the unimprovably named village of Plockton. You’ll sail through more poetically named places, including the Sound of Sleet, Armadale and the Isle of Sky. From stone circles to soaring cliffs, this one of the most atmospheric parts of Scotland to explore. These are the wild landscapes even the Romans couldn’t conquer. Hadrian’s Wall is the point at which they gave up trying to subdue Scotland. Overnight at Moor Inverie.

This morning you’ll sail to the island of Eigg. You’ll also sail past the most Westerly point of Britain, Ardnamurchan Point, and then into the Sound of Mull. Arrive at Tobermory.

A mere 90 people live on the island of Eigg – you could hypothetically meet most of them on our walking tour of Eigg. The tour of Tobermory will introduce you to the colourful houses on the waterfront. 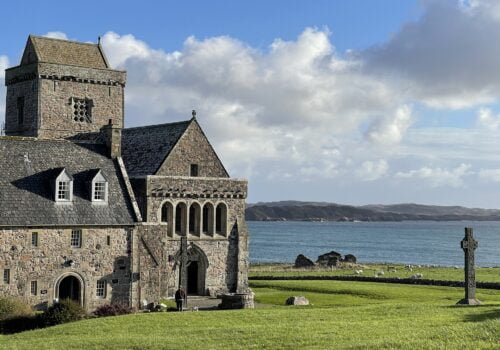 Today you’ll visit the burial place of 50 Scottish kings. It’s also the site where St Columba introduced Christianity to the British Isles. To get there you’ll sail to Craignure in the Isle of Mull. Here you’ll find the Isle of Iona. History buffs will appreciate this bit.

Sail from Craignure to Oban, the capital of Scottish seafood. Overnight in Oban.

We have more poetically named destinations to explore today. Sail through the Sound of Mull and Loch Linnhe to Corpach. This will lead you to Caledonian Canal. From here you’ll discover Neptune’s Staircase, comprised of 8 interconnected locks: it’s a great example of 19th-century engineering. You’ll then take the train to Glenfinnan, famed as the birthplace of the Jacobite Uprising, where Bonnie Prince Charlie tried in vain to restore the Stuart dynasty in 1745. 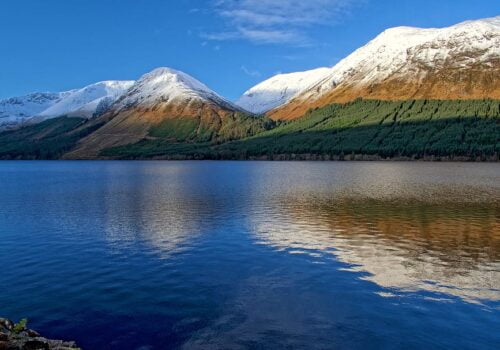 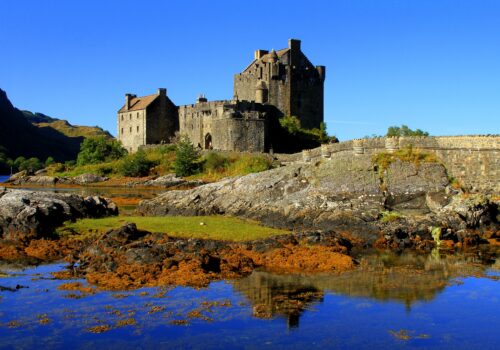 And now for a loch you will have heard of. Loch Ness is indeed the home of the eponymous monster. You’ll sail across Loch Ness in the morning, passing Urquhart Castle on the way. You’ll then sail past Loch Dochfour and onto Inverness.

Today you’ll also drive to Culloden where the Jacobite Uprising was ultimately quashed, and Scotland’s native royal line was ultimately defeated by the newly established Hannovarians. If the battle had gone the other way, the descendants of James I – England’s first Scottish king – might still be ruling now. That would mean they’d all have Scottish accents in The Crown.

Disembarkation in Inverness. You’ll then take a luxury bus ride to Edinburgh. You’ll join a guided tour of Glamis Castle (name-checked in Macbeth). It’s the former home of the Queen Mother. As you’ll discover, she lived in some splendour, as you enjoy lunch in the castle kitchen. Back to Edinburgh where you’ll check in to a luxury hotel for the night. 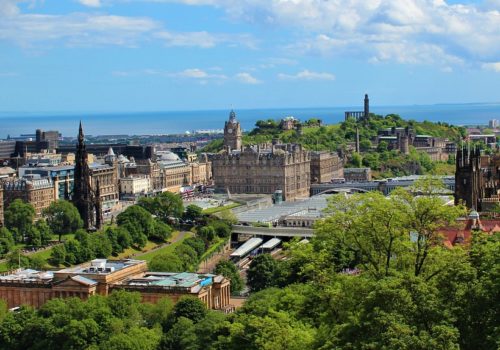 Over the last two full days, you’ll explore the Scottish capital. Take a trip to Stirling Castle (one hour from Edinburgh by coach), one of the most historically significant sites in Scotland. Mary, Queen of Scots, was crowned here in 1543.

Later that day you’ll be fitted with a kilt as you sail off for a luxurious farewell on the Royal Yacht Britannia.

On Day 12 you’ll visit Holyrood Palace, the Queen’s formal residence in Scotland. Lunch by the Royal Mile and then enjoy exploring the winding cobbled streets of the city. 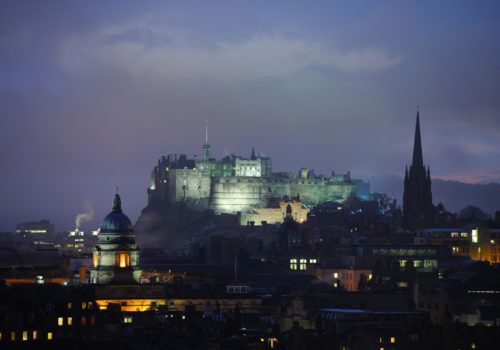 Your regal Scottish adventure draws to a close. You’ll be transferred to the airport for your return flight.

You’ll be sailing in style on the Lord of the Glens, a splendid Scottish cruise ship. It’s an elegant seafaring yacht that can sail through the Caledonian Canal but also sail the Atlantic. This will be an all LGBT trip of no more than 54 guests. Expect a Scottish breakfast every morning and nightly entertainment.