Luke Harris and his fiance Alex Booth took a trip with OutOfOffice.com to Milan and Lake Como and discovered a ‘visually stunning’ destination with culture, history and architecture aplenty as well as exquisite food and wine which have come to define the region of Lombardy.

Personally, I set off to Milan with some reservations, mainly based on a delayed overnight stopover in the airport as a teenager, and a perception that the city was going to be a mix of industrial wasteland and cold, sleek architecture. I couldn’t have been more wrong – certainly on the second fear (the first we can still blame on a faulty plane wing) – and we spent a glorious 4 days in the city. (No need for Alex to know he’d picked an almost perfect holiday just yet though!)

We flew from Heathrow to Milano Linate airport, which was just 15 minutes from our hotel – barely enough time to drink the first of many espressos.

Here’s some of the highlights from our 4 Day trip:

We spent a full day just walking the city, drinking coffee, and eating (mainly eating – more on that later) but on first observation Milan is a very flat city which lends itself perfectly to meandering around in your own time. We walked from our hotel along Corso di Porta Romana – which takes you past University deli Studi di Milano, a beautiful deep-red bricked in typical civil architecture commissions in the 15th century – and into central Milan. From there we took in the Duomo di Milano (a stunning cathedral), the Galleria Vittorio Emanuele II (a shopping mall dating back to 1865), the Piazza della Scala (housing the Scala Opera House). We then wandered through the fashion district – this holiday was for relaxing so we only took a look – stopping for a cocktail at the Martini Bistrot by Dolce & Gabbana. This partnership between the two brands is expectedly overpriced, but the high-vaulted surroundings are peaceful and it’s fabulous for people watching and posing. 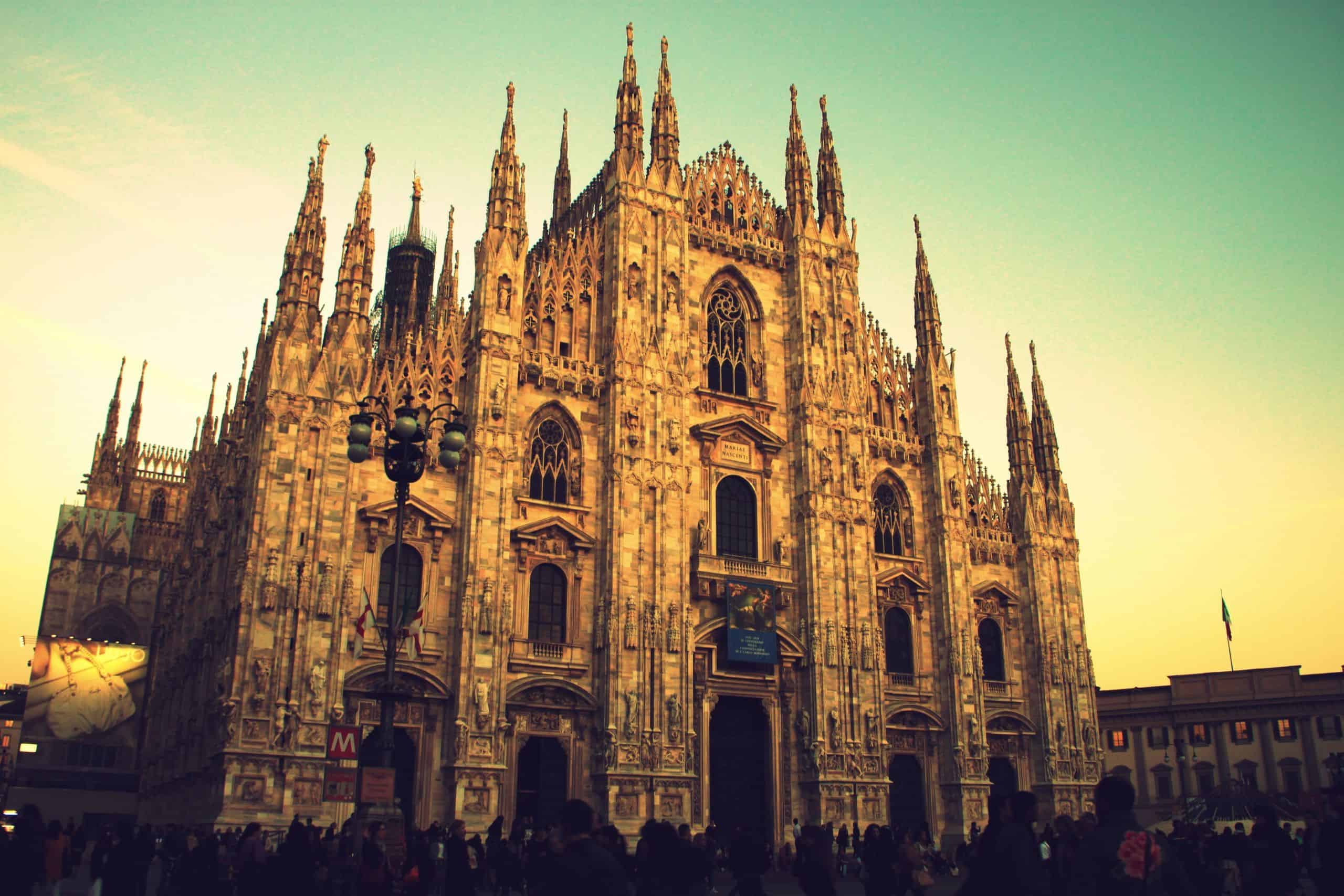 Photo: The architecture of Milan

We then took a stroll out around the Giardini Public Indro Montanelli (18th Century Public Gardens), which give the 30 degree heat was a welcome rest bite with its tree cover and bathing pools, it’s also home to the Natural History Museum if it’s a different kind of monster you are after! From there we headed to the Castello Sforzesco (a 15th Century Castle at the gate of the city). The architecture and surrounding parkland here are absolutely stunning. A must see! We then headed home – the long way- via Basilica di Sant’eusatorgio and the canals near Porta Ticinese before a few early evening cocktails at Ego – some of the best we’ve had. 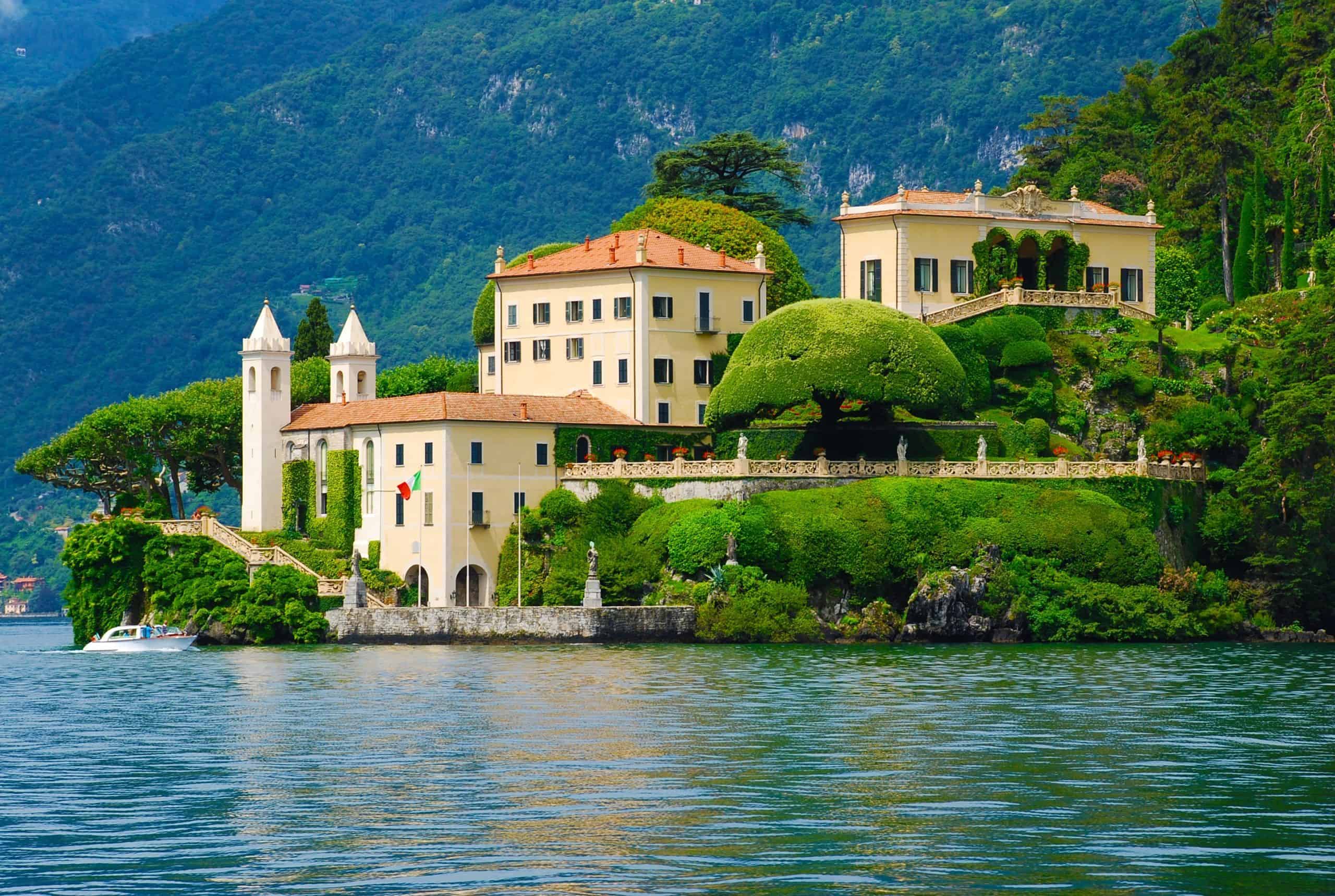 As we were in the area, we’d both always wanted to head Lake Como, and we weren’t disappointed. We jumped on the train at Central Station to Varenna (on the west of the Lake). The journey takes an hour, and we chose Varenna because for half the journey you are heading through the mountains with panoramic views of Lake Como. Breathtaking. Once we arrived we jumped on a quick (15 minutes) ferry to Bellagio – the jewel in Como’s Crown. A beautiful village perched between the mountains and the shore of the lake packed full of exceptional buildings, restaurants (we ate at the Ristorante Terrazzo Barchetta – it was excellent), bars and viewing platforms.

I could write for pages on the wonders of Lake Como: the views, the water, the WINE, the verandas, the promenades, the architecture, the history, the celebrities but to save your eyes (and my fingers) I would urge you to go and just let the entire place wash over you. Visually stunning, with fantastic experiences, we’ll certainly be making a longer visit here next time.

Everyone should try Trattoria La Cucina De’ Mibabbo – this was comfortably our favourite restaurant – we even went back for a second night – and was a glorious little (accidental) find near our hotel. The cuisine was modern Italian, with the steak tartare and baked mushroom’s particular favourites. The atmosphere was relaxed and local, the pale brickwork and industrial metal exposed and the tables clad in crisp white cloth. The wine selection was exceptional, the service warm and appreciative. Just sublime. 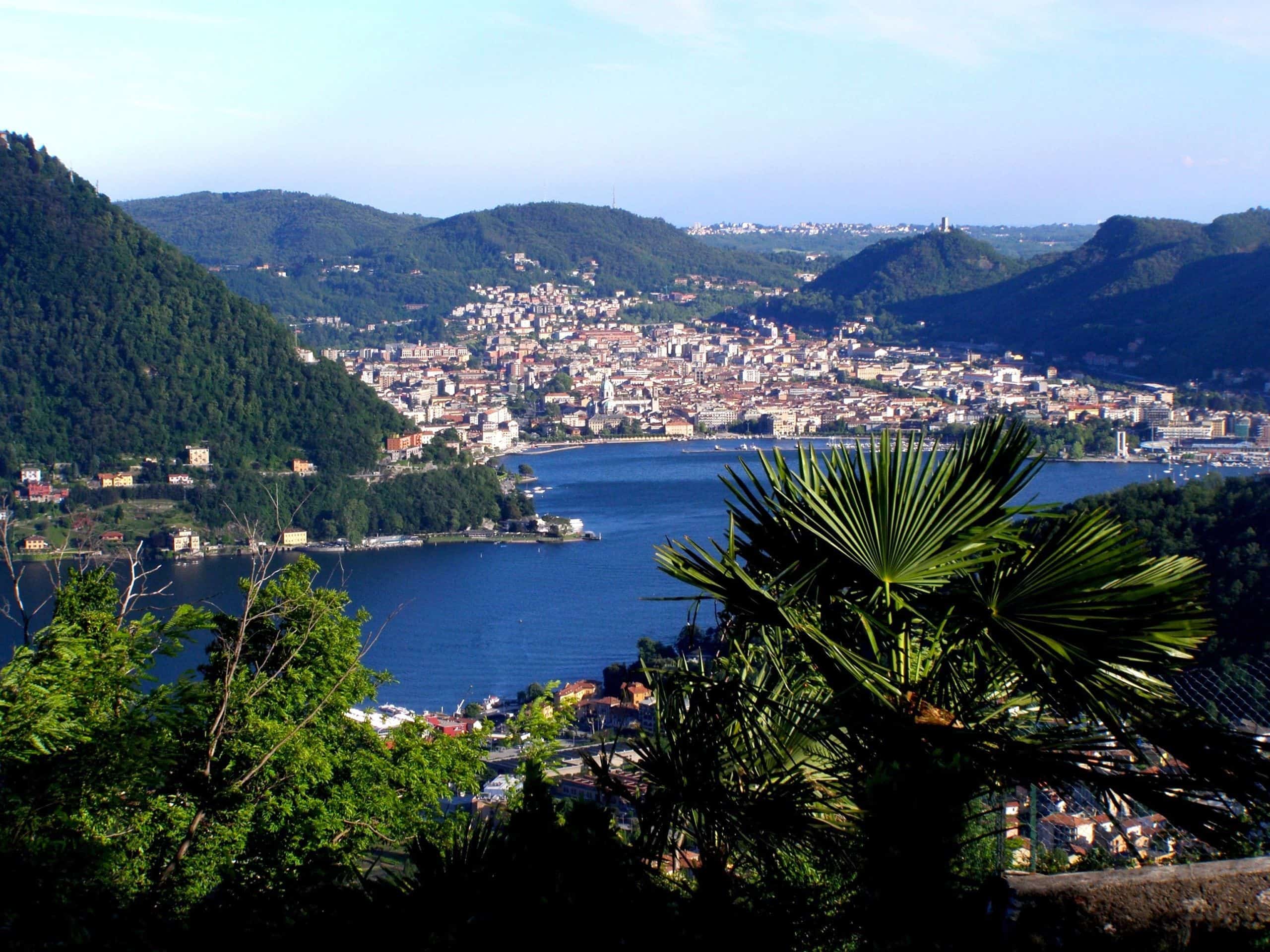 Overall the quality of the food and drink in Milan was excellent and our advice would be to trust your instincts – go to restaurants that are busy, and buzzing with locals, ask the staff for recommendation (we adopted this approach almost everywhere and it stood us in good stead), and don’t expect lightning quick London speed service. You’re on holiday.

The bars and restaurants centred around Porta Ticinese in the south of the city are surrounded by a canal network and offer a great opportunity to eat and drink between wandering around charming shops, stalls and live music.

We stayed at the Grand Visconti Palace. This 4 Star Hotel and Spa is set on the site of a former mill just outside the city walls to the south. Helpfully it’s a 3 minute walk from Lodi T.I.B.B metro station which is just 8 minutes from the Duomo di Milano and Central Milan. The hotel was full of character (which is not code for chintzy), with a wonderful atmosphere. The amenities and facilities – including a spa – were excellent and the room was spacious comfortable and sleekly decorated. Throw into the mix that we were greeted every morning by the ever-so-enthusiastic host for breakfast – which was excellent and had varied continental and cooked options – and the very helpful concierge, it made a perfect base. 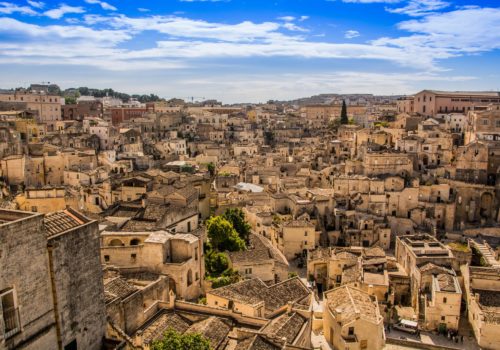 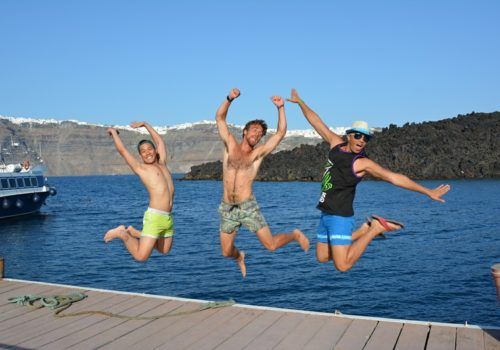