Matera is the 2019 European Capital Of Culture. Perched above a ravine in the region of Basilicata, it’s one of the most beautiful and enigmatic cities Europe. It’s also Italy’s best-kept secret, having only emerged as a tourist destination in recent years.

From the belvederes at the top of the city, you’ll be greeted with sweeping views of the caves. It’s a breathtaking sight: this is what cities looked like thousands of years ago.

Matera has become something of a hipster’s paradise. What could be cooler than sipping a flat white in a funky cave? It wasn’t always quite so glamorous, though.

What Is Matera Known For?

Matera came to national prominence in the 1950s. By then it was a forgotten city that had sunk into poverty. Whole families were living in the Sassi mountain grottos with no electricity, no food and dressed in rags. Malaria was rife.

The author Carlo Levi had been exiled to the area in the 1930s by the Mussolini regime. He wrote about the squalid conditions in Matera in his book Christ Stopped at Eboli, published just after the war ended. Matera came to be known as “the shame of Italy.”

With investment pouring in from the Marshall Plan, around 15,000 impoverished inhabitants of the Sassi were evacuated from the caves to more developed parts of the city. Matera’s slow rebirth would now begin.

Matera was declared a UNESCO World Heritage Site in 1993. No longer a forgotten city, Matera was hailed as a marvel of ingenuity. An example of a city merging harmoniously with its environment, as opposed to wrecking it.

Abandoned cave dwellings were turned into luxury hotels and boutique shops. Around a quarter of the city’s housing stock is currently rented out on Airbnb. From poverty to luxury in the space of a few decades – a trajectory the locals have embraced with mixed feelings. Materans of a certain age remember the days of struggle and the younger generation grew up with their stories. The city has made a remarkable comeback, but it risks turning into a tourist trap.

Matera gives you a glimpse of the distant past. It hasn’t changed that much since Roman times. Bearing a considerable resemblance to ancient Jerusalem, Matera is a magnet for filmmakers and artists seeking a biblical landscape. Pasolini’s The Gospel According to St. Matthew and Mel Gibson’s The Passion of the Christ were filmed in Matera. It’s known as the Second Bethlehem.

You’ll find 155 cave churches hewn from the rocks. Some look like they’ve grown from the landscape organically. There are stunning frescos in the churches dating back to the early-Medieval period. Many of them are faded and ghostly now.

The Park of the Rupestrian Churches of Matera is a must-see attraction. This vast complex of cave churches, houses, monasteries and hermitages has been continuously inhabited since the Palaeolithic period. Many of the cave churches were pagan temples in antiquity. The complex is too big to cover in one trip. It’s best to join a guided tour and see some of the highlights. These include a 9th-century monastery once inhabited by nuns from Palestine. It later became a centre for wine production. As you wander this underground labyrinth, you’ll see many of the faded frescoes the city is famous for.

This is where the stone age merges with the world of antiquity and the middle ages. It hasn’t been Disneyfied. No sections are roped off; you can wander around at your own place. Just don’t touch the frescoes – they’re very delicate.

The best thing you can do in Matera is to walk. It’s a city to get lost in. You’ll find sudden dead ends, winding stairs (so many stairs!) and courtyards. You can visit the cave homes of the Sassi district and see how people lived before the caves were cleared.

At the highest point of the Sassi you’ll find the mansions and palaces built by the rich during the Renaissance. It’s now filled with boutique stores and cafes. Matera’s Romanesque Cathedral is also located there.

In the evening, the tables outside the restaurants fill up. Enjoy some local wine or limoncello and get a feel for the city at night.

Where To Eat In Matera

It’s best to approach Italian food regionally rather than nationally. In Matera, you’ll find plenty of local restaurants serving classic Puglian and Basilicata cuisine. Find a restaurant or cafe that catches your eye and go for it.

If you’re looking for a fine dining experience, try the cave restaurant, Ristorante Francesca. The setting is very atmospheric.

How To Get To Matera

Most people visit Matera when they are exploring the Puglia region. You can get a direct train from the port city of Bari. The train takes just over an hour.

You can rent a car and do a self-drive around Puglia – always a popular option. If you’re in Rome, you can get a one hour flight to Bari and then catch the train. Matera is slightly less accessible than other major cities in Italy, but it’s well worth adding to your itinerary if you have time.

Where To Stay In Matera

Palazzo Gattini is one of the finest hotels in town and it’s in a prime location right by the cathedral. From the hotel’s roof terrace, you’ll be greeted with panoramic views of the Sassi.

Why Should I Visit Matera?

There’s nowhere else on earth quite like it and it’s impossibly romantic. What’s more, it still isn’t that well known as a tourist destination. It’s likely to become more touristy over time, but for now it remains authentically Materan. Besides, just think how cool you’ll look on Instagram.

Mykonos or Santorini – Which is Better? 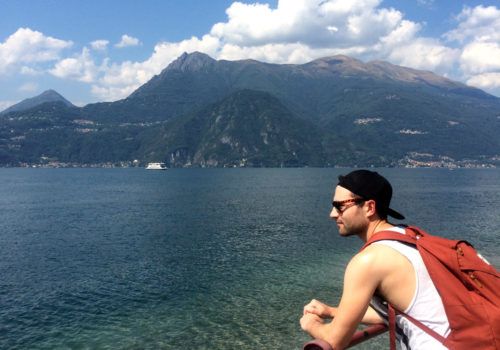