An iconic hotel since 1854, Claridge’s is one of the world’s most recognisable brands. It’s a stomping ground for Hollywood stars, statesmen and even royalty. There are few hotels that can match its reputation: it was a favourite of Audrey Hepburn and Winston Churchill.

The Art Deco interiors reflect the major refurbishment the hotel underwent in the 1920s. Fera, the hotel’s flagship restaurant, is run by Michelin-starred chef, Simon Rogan. It offers an afternoon tea endorsed by the Tea Guild. Indeed, afternoon tea at Claridge’s is an event as much as a meal.

The hotel’s long-standing relationship with royalty has made it known as an ‘annex to Buckingham Palace’. 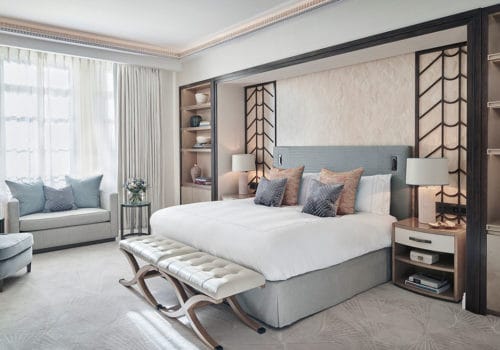 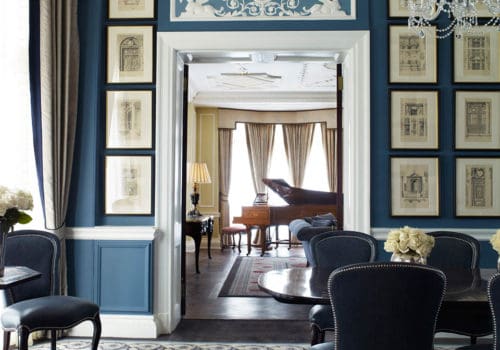 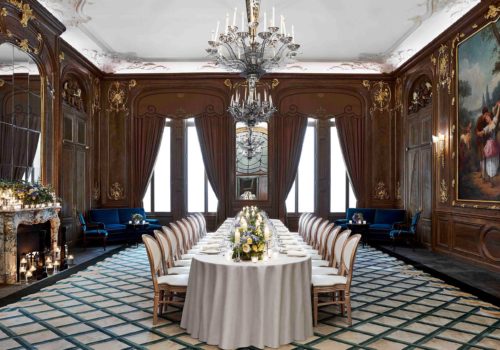 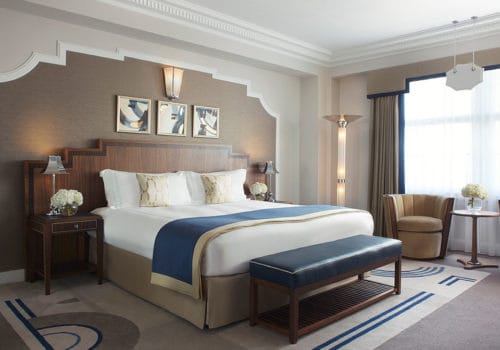 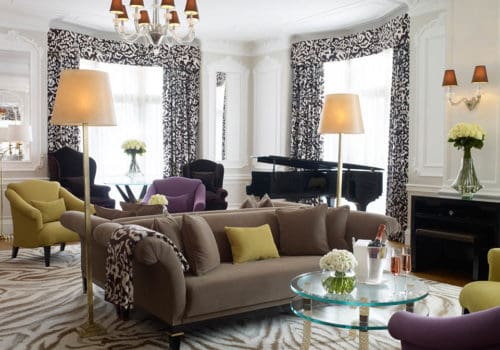 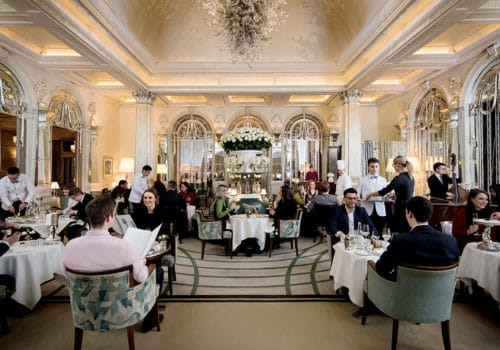 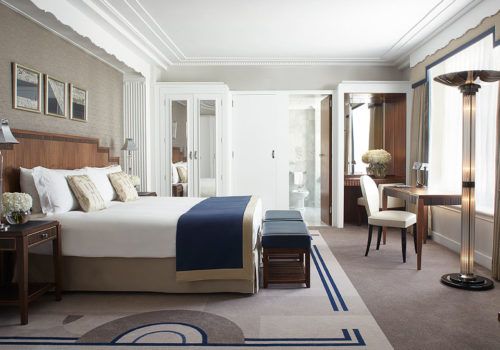 The Superior King Rooms in Claridge’s embodies the hotel’s art deco style. Each room is individually designed – no two are the same. The decor displays the subtle extravagance that Claridge’s does so well. The entirely marble ensuite bathroom comes with exclusive Cowshed amenities.

Despite the classic styling, the rooms are equipped with the latest technology. 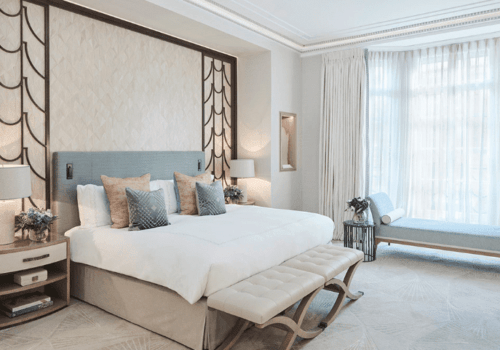 Designed by the 2nd Earl of Snowdon, David Linley (Princess Margaret’s son), the Claridge’s Suite combines minimalism with regal elegance. The pale tones of the room are punctuated by its ornate green marble fireplace – an original architectural feature of the hotel.

A butler will you available to pour the champagne. 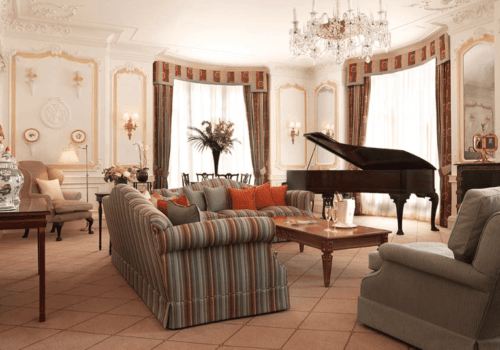 Potentially the most famous suite in Claridges, Crown Prince Alexander of Yugoslavia was rumoured to have been born in this suite in 1945. From it’s portraits of past musical guests to the Broadwood grand piano, its musical theme is apparent throughout its furnishings.

It’s opulent, Romanesque marble bathroom comes with a walk-in rainforest shower and sunken bath, with stunning products made by Cowshed.

Suite’s at Claridges come with a 24-hour butler service as well as complimentary Mercedes airport transfers. 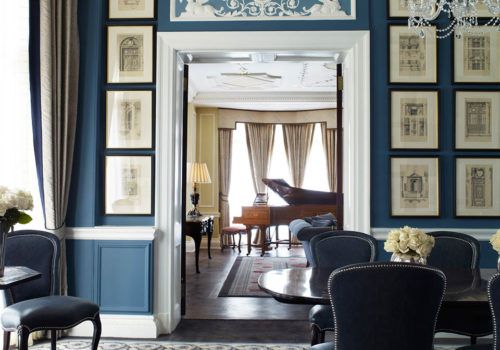 Walking into Claridges Royal Suite is akin to stepping back in time to Victorian England; this grand two-bedroom suite is fit for royalty. The centrepiece of the room is a tuned grand piano, formerly owned by theatrical impresario and composer Richard D’Oyly Carte.

With its own entrance hall, living room and dining room, you’ll feel as grand as the Empress of India.