Mexico is one of our most popular wedding destinations. You can have a full legal ceremony in Mexico, as either a gay or straight couple. It’s a great destination for a luxury wedding – your money will go much further in Mexico, too. All-inclusive options are widely available at Mexico’s many resorts. When you think of all-inclusive vacations it can conjure slightly horrifying images of tired buffets, but that’s not the case in Mexico. The top wedding resorts we work with offer all kinds of luxury packages. So, you’ll enjoy perfect weather, a world-class resort with all the amenities you could wish for, and happy guests with unlimited food and drink options. 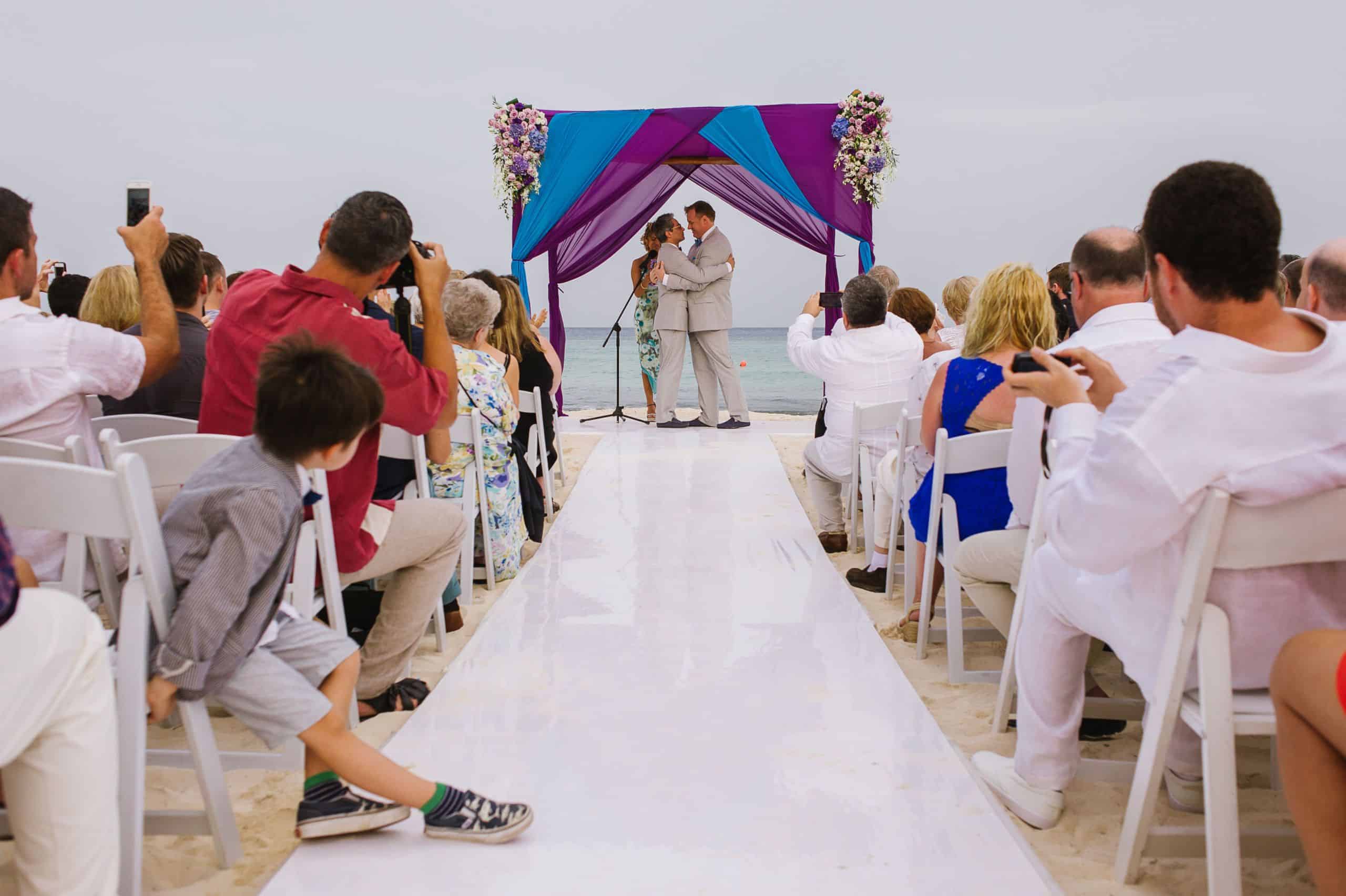 Getting Legally Married In Mexico

A full legal wedding ceremony in Mexico is fairly straightforward. You will, however, need to get blood tests. If you have an STD you won’t be able to marry in Mexico. This means HIV positive people cannot, at present, get married in Mexico. That will hopefully change soon! The blood test has to happen in Mexico and it won’t take more than an hour. You’ll need to be in the country seven days prior to the wedding.

You can also get married on the beach in Mexico, unlike Bora Bora, for example. Bora Bora is one of our most popular wedding destinations, but you have to have the legal ceremony at one of the town halls on one of the three major islands. You can then have a symbolic ceremony on the beach. Two ceremonies could be considered a bit of a hassle. In Mexico you have more options in terms of where you have a legal ceremony, which does give it rather an edge. 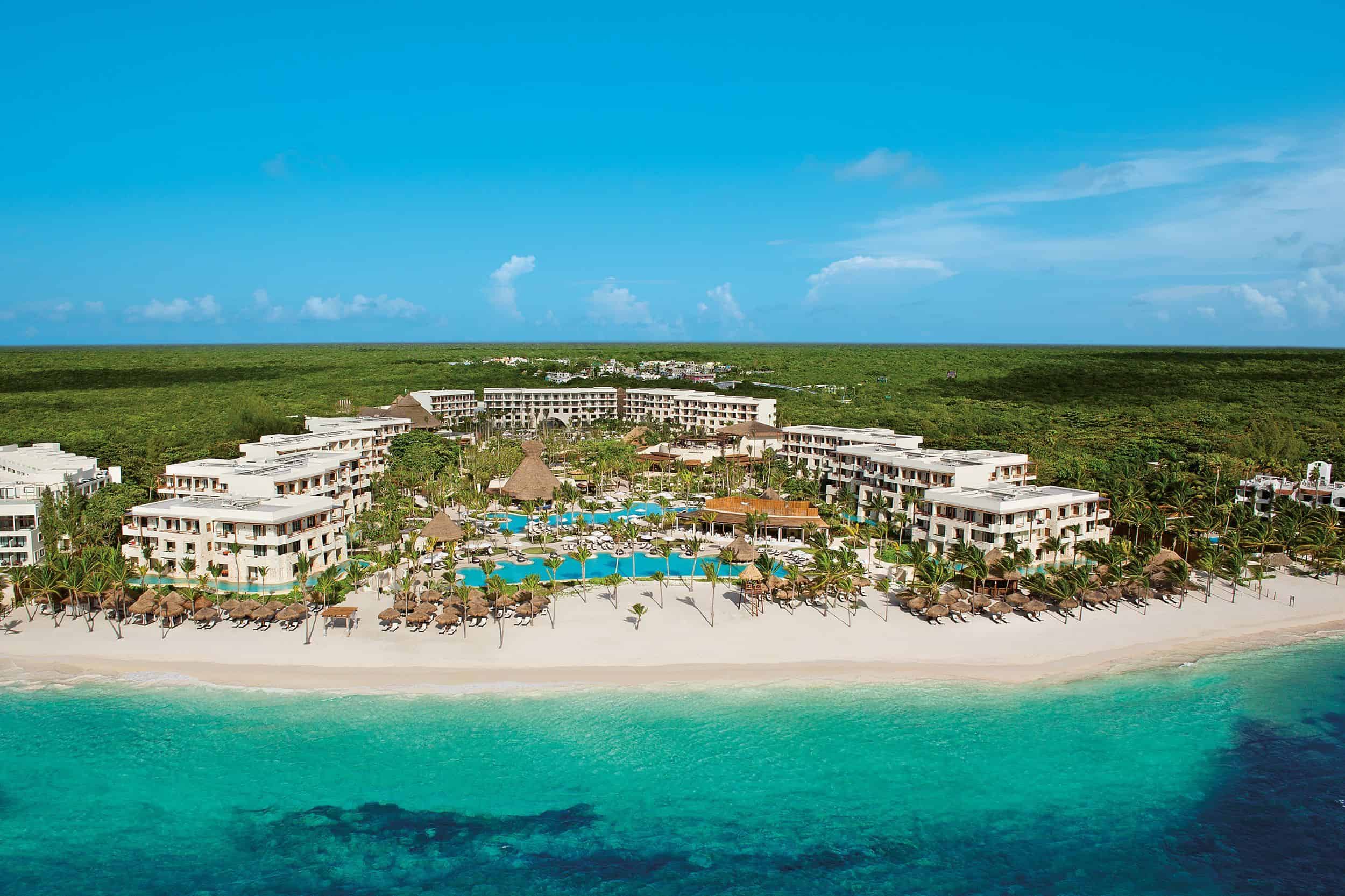 Where To Get Married In Mexico

The Caribbean coast is the ideal destination for a Mexican wedding. Cancun remains the most popular tourist destination in Mexico. It’s also the main hub of the resorts – the biggest stretch of Cancun’s coastline is called Zona Hotelera (Hotel Zone). The resorts in Cancun are like little fiefdoms. They have everything you could possibly want, from an average of about six restaurants to tennis courts and a private beach area. Many people visiting Cancun will stay in their resort for the full duration of their trip – including for weddings.

Supposing you’d like to stay somewhere less Americanised, Tulum is a great choice. It’s roughly a two-hour drive up the coast from Cancun. Tulum is a popular vacation spot for wealthy Mexicans. It has some excellent hotels that offer great wedding packages. You can also opt for a high end, adults-only resort with great quality all-inclusive packages. 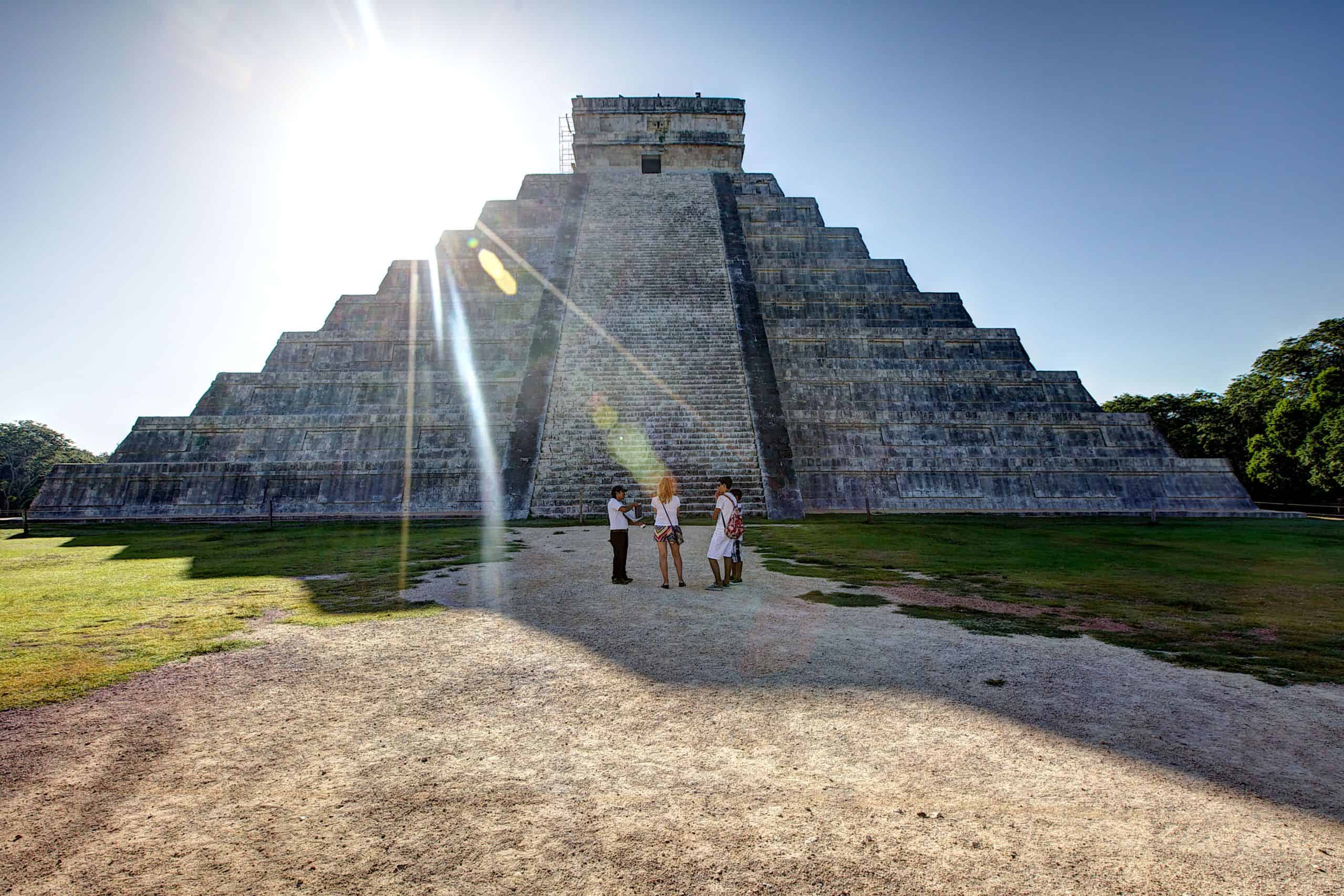 How Gay-Friendly Is Mexico?

Mexico is very gay-friendly. It’s home to Latin America’s biggest gaybourhood: Zona Romantica in Puerto Vallarta. It’s on the Pacific Coast on the southwestern rim of Mexico. The gays of Europe flock to Mykonos and Sitges in summer. In North America, they head to Puerto Vallarta. It boasts a massive gay scene with as many gay bars and clubs as you’ll find in Hell’s Kitchen or London’s Soho. It’s also a dreamy, romantic town that was once home to Elizabeth Taylor and Richard Burton.

Gay-friendly doesn’t quite cover it. Puerto Vallarta is a gay mecca. If you’re feeling really fancy, you can even stay in Elizabeth Taylor’s bedroom in her old home, Casa Kimberly. The Elizabeth Taylor Suite comes with the pink-marble heart-shaped tub she used herself. It will come with a rather eye-popping bill, though. 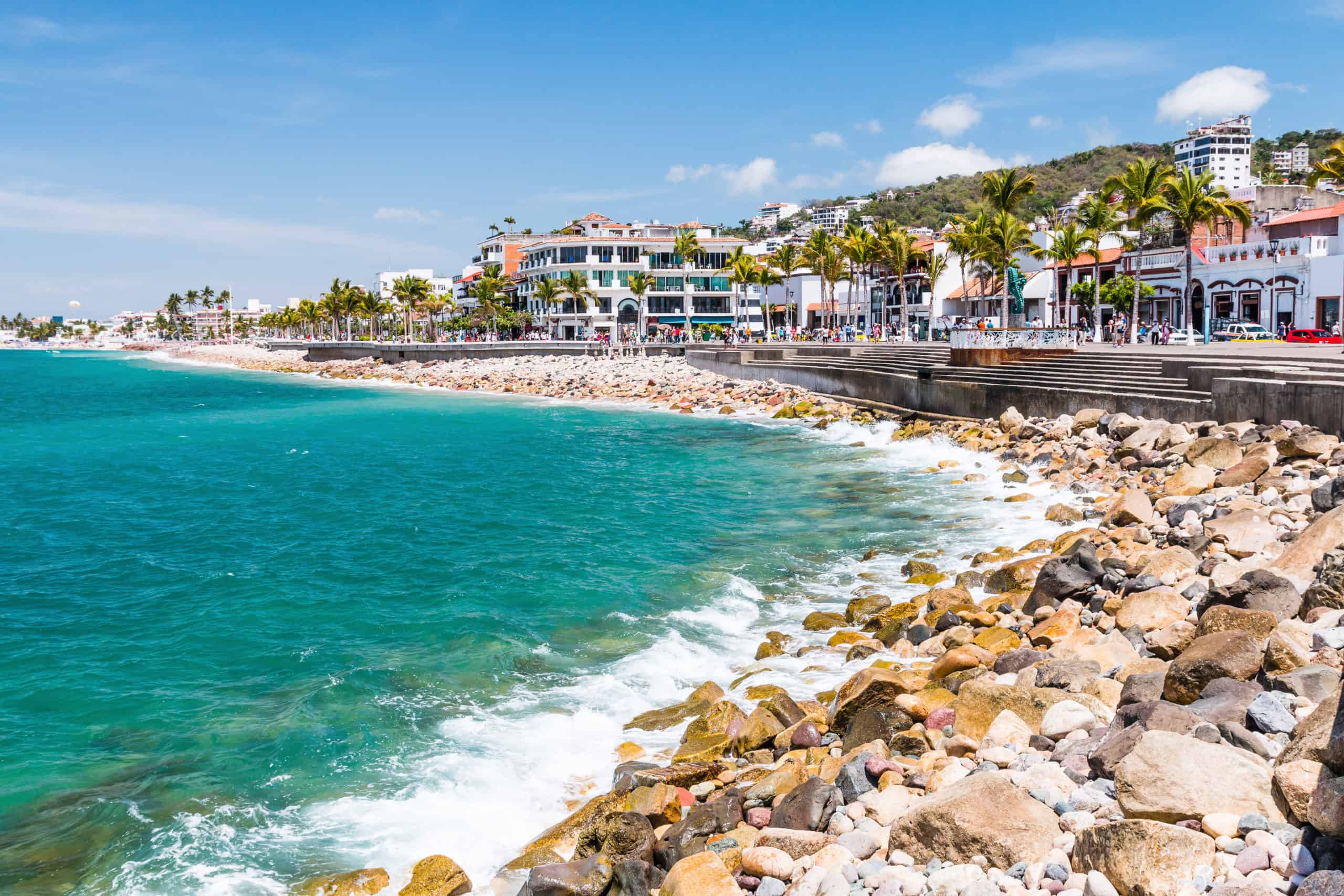 Getting Married On Mexico’s Pacific Coast

Although the Caribbean coast is the most popular destination for a Mexican wedding, the Pacific side is catching up. Just up the road from Puerto Vallarta you’ll find Riviera Nayarit. It’s been hailed as Mexico’s most up and coming destination. Amazing hotels and resorts keep popping up along Riviera Nayarit. When we visited, hotel managers boasted about the number of gay weddings they had hosted, including The W Hotel in Nayarit and the Marriott in Puerto Vallarta. It’s a beautiful part of Mexico – it’s also one of the safest parts of Mexico. You can even combine Puerto Vallarta with Riviera Nayarit, enjoying the buzzing nightlife of PV (as Americans call it) and then have your wedding on the beach in Nayarit. 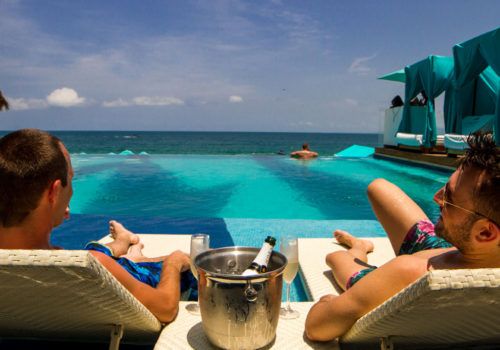 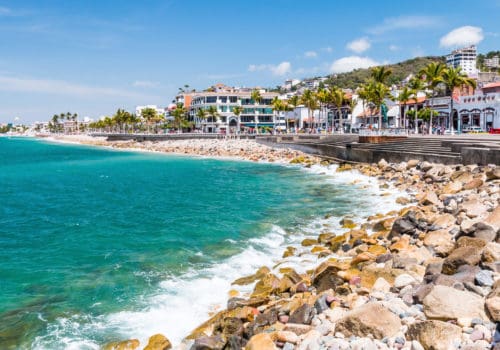 Puerto Vallarta vs Cancun – which is better?

Puerto Vallarta and Cancun are two of the most popular destinations in Mexico. You can’t…