Our founder, Darren Burn, was lucky (or stupid?) enough to take on the red chair on The Graham Norton Show this week telling a tale from his days as a former journalist.

We managed to grab some time with the boss after his ordeal to find out how it came about and to remind us why he founded OutOfOffice.com.

So Darren, that was pretty unexpected?

Yes it was! I’ve been to plenty of shows in the audience before having worked in television for years before starting OOO, but rarely did I appear on television to several million viewers let alone telling a fairly naughty story.

And what about the story?

You were lucky enough to get the opportunity to walk, but asked to get flipped!

Everyone secretly wants to get flipped, right? I saw the lady before me get flipped and it looked like fun. So I managed to combine the two. The privilege of being allowed to walk for telling a good story in the red chair but the fun of getting flipped.

You and Graham had a good banter about the fact you run a gay travel company, didn’t you?

That we did. I told him he should be booking with us which got a roaring laugh from the audience. Obviously hard to get the actual detail across about what we do as a company, but I wasn’t going to let such a magnificent moment of free publicity pass me by. Once a journalist, always a journalist!

So I know you wanted to actually tell people a little bit more about why you did found OutOfOffice.com – go for it…

That’s right. We’ve been going for almost two years now and we’ve had a fantastic response to the company. We’ve booked thousands of people across the globe on the trip of their dreams and our customers come from all four corners of the globe. We’ve sent gay and lesbian couples from the USA to Bora Bora, couples from Australia around the Greek islands, South African clients to South America and the UK clients to almost every country on earth. The list goes on, and all the time our team are always thinking about how gay-friendly a destination is, a hotel is or how we can ensure that our clients have the best possible time.

It’s tricky to send people to certain countries, isn’t it? I know you’ve faced some objections from some people who believe we shouldn’t book LGBT clients to countries where it’s illegal to be gay.

Yes and I knew we’d face those questions. That’s totally understandable and it’s an opinion I totally respect. I understand that some people don’t want to travel to those countries and that’s fine. We have plenty of destinations which are more than welcoming. But for those who do, the main purpose for starting the company was to enable LGBT travellers to visit countries where it might not be so easy. So the example I always use is that of The Maldives. It’s illegal to be gay in the Maldives but I’m proud to say that we’ve successfully sent lots of couples there and that the properties we work with offer gay honeymoon benefits to same-sex couples too.

Definitely Bora Bora. It’s a heck of a long way from the UK but it’s beautiful. And really gay-friendly. For those customers who don’t want to go to the Maldives, it’s a great alternative destination. Those iconic overwater bungalows and the fact you can legally get married in French Polynesia as a same-sex couple.

And finally, what advice for people who’d like to follow in your footsteps and take on the red chair?

Don’t do it! No, seriously. It was super fun but the pressure of coming up with a good story and having your colleagues watch you do it is stressful. I just hope we’ve spread the word about OutOfOffice.com a bit further thanks to it. It’s so important that we show people what we can do and we have such a good team behind the idea that we’ve had lots of happy customers in our first couple of years of trading. You only have to look at our Trustpilot reviews to see that. That’s reward enough for me. 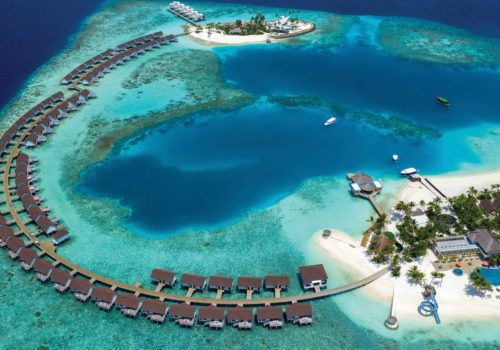 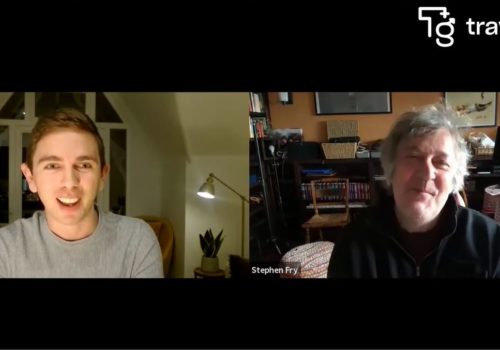