It’s no secret that America is rather divided when it comes to LGBTQ+ equality, with some states certainly more progressive than others.

With an ever-changing world and attitudes always shifting it can be difficult to know which states are most open to the LGBTQ+ community and as an LGBTQ person looking to live and work in America, which states are the best to do this.

Here at OutOfOffice.com, we pride ourselves on offering LGBTQ+ travellers the ability to travel to countries all over the globe to explore an entirely new culture in safety. That’s why we’ve created the US Workplace Equality Index so that LGBTQ+ individuals can find out which US state is the best for them to live and work, whether emigrating from another country or a US citizen wondering which state is the most inclusive and offers the best working prospects.

In our US Workplace Equality Index, we have analysed multiple factors including the percentage of the LGBTQ+ population in each state, the rights related to LGBTQ people including housing and employment as well as taking into account if the state is a good place to work by looking at average income, living costs and unemployment rate. We couldn’t miss out on how each state’s lifestyle measures up as all work and no play makes Jack a dull boy, so we also included the range of leisure activities available and general happiness of the state.

Read on below for the full results of our US Workplace Equality Index.

Ranking in the top spot for the US state that is the most equal for LGBTQ citizens to work and live is Massachusetts.

The state scored highly in almost every category and gained top marks for their rights towards hate crime, housing and employment, prohibiting any discrimination based on sexual orientation or gender identity. The state also has one of the highest percentages of LGBTQ+ adults compared to the other states at 5.4%, the third-highest in the entire country. There’s also good news regarding the economy with a fairly low unemployment rate of 2.8% meaning that job prospects are looking good in the state and with a high income average of $66,069, residents will be living comfortably.

Colorado came a close second, scoring just a single point below the winning state. While Colorado may not have as high an LGBTQ+ population as Massachusetts at 4.6% and a slightly lower income, the state ranks as having lower living costs and more things to do. This means that while there are fewer LGBTQ people living in the state, there’s a slightly higher quality of living.

Minnesota coming in at third place shows that a small LGBTQ+ population could still provide prospective residents a state with high workplace equality. The state has an LGBTQ+ population of 4.1%, lower than the other top two states. However, the state gains a high score thanks to being the third happiest state of all 50 and having a high score for the entertainment on offer. Minnesota has a high income and low unemployment rate making it a fantastic place for work and leisure. Essentially while their population of LGBTQ residents is low, they’re offering up a lot of good points for those potentially looking to move there.

All the top nine states scored full points for their attitude towards housing rights, hate crime and employment rights of LGBTQ individuals showing that how the law views LGBTQ+ people is important for creating an environment in which there’s a good amount of workplace equality.

Top 10 US States for LGBTQ+

It’s not too surprising that the states that are often regarded as being the least liberal scored lowly on the index. This includes the states of Montana, West Virginia and Mississippi who ranked lowest in the index and are often noted to be the least inclusive states for LGBTQ+ people. Mississippi ranked the lowest with a score of 20 out of a maximum of 60. This is more than half the score of the best state for LGBTQ+ individuals.

Montana, West Virginia and Mississippi don’t have laws that prohibit the discrimination of people based on their sexual preferences and gender identity when it comes to housing, employment and hate crime. It’s not just the law that drags these states down but also their lack of leisure activities and overall happiness of the areas making them an overall more unpleasant place to live and work compared to their more progressive counterparts.

To create our US Workplace Equality Index, we analysed the following categories:

Using the third-party sources as outlined in the source list below, we scored each US state in the above categories on a scale of 1 (lowest) – 5 (highest).

We then totalled every state’s score across all of the categories to get a final US Workplace Equality Index Score, with the highest total of 60 available. We then ranked each state using this final total score.

A full dataset is available upon request. 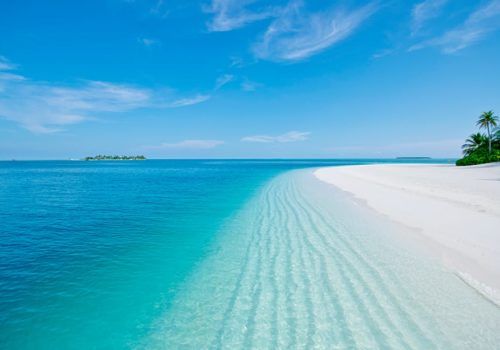